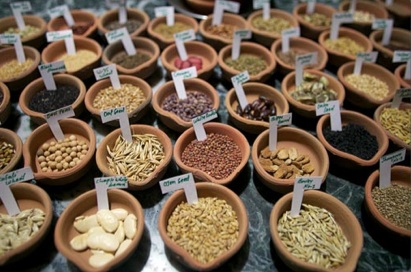 In Punjab India, another farmer has committed suicide. Sadly, this is nothing new. Since the late 1990s, farmers committing suicide in India, particularly in Punjab, have been an increasing phenomenon. The suicide rate amoung farmers is 41% higher than the national average in India.

There are various reasons why farmers in India have been committing suicide at an increasingly high rate: unseasonal rains and hailstorms that affect crop growth; large amounts of debt; government economic policies; and the use of genetically modified seeds.

Genetically modified organisms (GMO) foods have yet to be proven unsafe and there is a lack of research on the health effects if one were to eat GMO foods. Furthermore, there is also a lack of research on the environmental effects with the use of genetically modified seeds. Countries around the world have made it mandatory to label GMO on foods for consumers, and some countries have even banned the use of GMOs. In Canada, there is no law requiring labelling of GMO foods; however, there are multiple movements to do so.

How GMO Seeds are Affecting Indian, Canadian and Other Farmers around the World

So why do some cite GMO seeds as one cause of Indian farmer suicides? There are many reasons, first, the GMO seeds themselves may not be suitable for Indian soil, or the various agricultural environments around the world. Secondly, the seeds remain the proprietary property of the biotech companies that produce them. Therefore, a farmer will need to buy new GMO seeds every year, whereas when using non-GMO seeds, farmers can harvest seeds for next year’s use. Buying every year, places the farmer in deeper debt. GMO seeds cost more than non-GMO seeds. The GMO seed itself alters the soil quality making it harder for a farmer to switch back to using non-GMO seeds.

Monsanto is one of the largest biotech companies that produces GMO seeds. For many years, it has sued many farmers for patent infringement. However, in 2008,

one Canadian farmer successfully fought against Monsanto and its proprietary property.

Saskatchewan farmer Percy Schmeiser was accused of patent infringement when his crops were found to contain GMO seeds that were specifically Monsanto produced. However, Schmeiser never planted any GMO seeds, his fields were contaminated from the pollen/wind. After taking it to court, Monsanto ended up having to pay to clean up his fields.

Nevertheless, not every farmer around the world can fight against biotech companies or GMO seeds. However, one activist, Dr. Vandana Shiva, has been spearheading a global seed movement in response. The purpose of the seed movement is to encourage and save the right for farmers to exchange non-GMO, non-patented seeds amongst themselves. The movement is committed to preventing Monsanto and other biotech companies from controlling seeds and farmers’ rights through GMOs, patents and Intellectual Property Rights.

In India, a smaller movement has also followed to help Indian farmers called Navdanya. It is a network spread across 18 states in India, where non-GMO seed banks are set up and farmers are taught various matters such as sustainable agriculture and seed saving in response to the crisis of agricultural biodiversity with the increasing use of GMO seeds. Navdanya is the largest fair trade organic network in India.

The importance of seeds and GMOs is vast; it affects every country and its development in regards to agriculture. The global seed movement highlights the need for citizens of countries to make global efforts if they believe there is an issue that affects all cultures and societies regardless of borders.