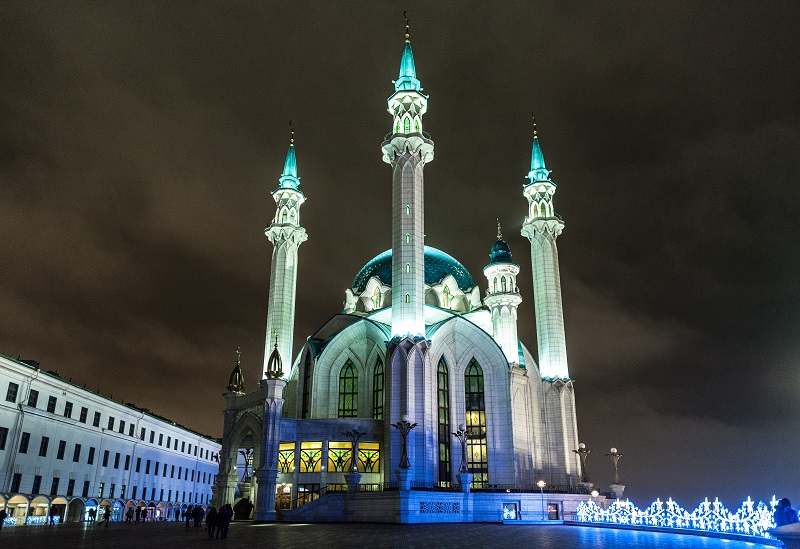 The Russian Federation: not quite Russian and not a federation. One in five people—nearly 30 million people—are not ethnically Russian. After the Cold War, non-Russian areas gained autonomy, however since then, these regions have lost that autonomy as power has become concentrated in Moscow.

Western states neglect this situation. But once they understand itd, they can e use it as a pressure point against Putin. Tensions between minorities and Moscow are high. Many—not just minorities, but ethnic Russians too—are frustrated at the loss of autonomy. Western support for Russian federalism could help mobilize citizens against the regime. By invoking Russia’s constitution, the West would avoid accusations of imposing Western ideals on Russia.

After the collapse of the Soviet Union, Russia feared further dissolution. Ethnically non-Russian areas such as Chechnya and Tatarstan sought independence. To stop this, Russia developed a system of asymmetric federalism. In this system all regions have autonomy, but greater autonomy is given to regions where minorities are concentrated. Three types of areas have greater autonomy: republics, okrugs and special status subjects. Under Article 5 of the Russian Constitution, republics can draw up their own constitution, while autonomous okrugs can have their own charters and legislation. Special status subjects have non-uniform rights. Devolved power is established through an agreement between the region and the federal government. Power for these three regions was limited, but sufficient enough for ethnic minorities to feel confidence that their identities would be preserved.

As Russia became more authoritarian, it started limiting autonomy. After coming into power in 2000, Putin created an additional layer of government, with the development of seven (now eight) federal districts. Heads of districts – handpicked by Putin – have the power to suspend regional laws, oversee the selection of personnel in regional bureaucracies and dissolve regional assemblies.

In 2015 a law came into force suppressing speech on autonomy. The stated purpose of the law was to prevent separatism in Russia, but it has de facto been applied to those who have advocated for regional autonomy and federalism. It’s not only what is said that matters, but how it’s said: starting in September 2017 authorities have tried banning courses teaching minority languages.

These moves are worrisome. In eliminating federalism, minorities’ wellbeing and culture comes under threat. It also consolidates Putin’s power. But these moves also represent a deep insecurity in Moscow. Western states should take advantage of it.

Western leaders – with the exception of Trump – have been quick to condemn Russia’s rigged elections, human rights violations and military force in Ukraine and Syria. They should do the same when federalism comes under attack. Accusations should not be based on international norms or law, but rather on Russia’s own law and constitution. Doing so will make it difficult for Russia to respond that Western states are imposing their own ideas on Russia.

In addition to condemning Russia, Western states should also support activists seeking to preserve federalism and autonomy. This includes official statements, granting asylum and public meetings, such as those that occur with his Holiness the Dalai Lama and heads of state. However, care is needed. Support should not be extended to those seeking independence. Doing so would violate Russia’s sovereignty. It could also motivate Russia to encourage separatism in Western countries, such as in Catalonia or Scotland.

Western states should also continue to apply pressure through sanctions, military deterrence, and official statements. These actions can be amplified. Sanctions can be increased, military personnel and assets can be sent to states that border Russia, and rapprochement can be reversed. But all these actions have their limitations. Sanctions are often ineffective. Rather than capitulating to demands, they can strengthen resolve against the West. Military strength loses its advantage when Russia responds with its own military force. And statements condemning Russia can be countered through accusations of Western human rights abuses and illegal interventions in Kosovo and Iraq.

In showing concern about the end of autonomy, the West demonstrates its respect for issues that matter most to Russia. It avoids reinforcing the West vs. Russia dichotomy. Instead it exposes Putin’s violation of Russia’s constitution – a document that forms the fabric of the country. This should prove more effective in inspiring opposition against Putin’s regime.