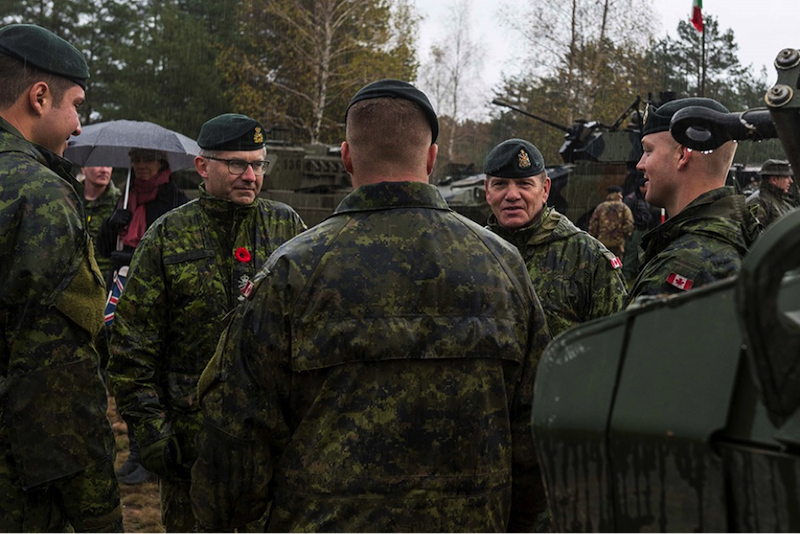 In today’s day and age, the battlefields of war and the boundaries of conflict have changed significantly. Conflict can manifest in various forms – hot wars, cold wars, trade wars, and most recently cyberwar. Digital attacks have the capacity to cripple a states infrastructure from thousands of kilometers away. The internet has become a new battleground and information warfare has become as relevant as ever. Misinformation wars, hacking, and interference have become a new and germane expectation in elections.

One of the usual suspects, Russia, has played a significant role in attempting to derail the democratic processes amongst the NATO alliance. With allegations of meddling in the United States, France and Germany, cyber warfare is a top agenda item for Russia. Russian efforts to disrupt and sow political discord is not new and can be traced back to the Soviet Union days. Operation Active Measures executed by the Soviet Union was an intelligence operation that included 15,000 KGB agents. Their activities of subversion included anything from propaganda to disinformation.

As the Canadian Federal elections are fast approaching, concerns of foreign meddling have become a top agenda item for Canadian political parties, with promises to work together to safeguard the electoral system. Consequently, Canada may be vulnerable to Russian interference as relations with Russia are precarious at the moment due to Canada’s participation in NATO activities to limit Russian reach. Currently, Canadian Forces are engaging in anti-deterrence activities under NATO command in Latvia. The Canadian-led NATO effort in Latvia was established as a direct response to Russia’s annexation of Crimea in 2014 and the invasion of eastern Ukraine. The mission was recently extended by Prime Minister Trudeau which is expected to run until March 2023 with the participation of 540 Canadian troops. Canada’s participation in these deterrence efforts aim to strengthen NATO’s collective defence and Operation Reassurance has Canadian Armed Forces serving in Central and Eastern Europe. Consequently, Russian and Canadian relations have been impacted as a result of Canada’s commitment to NATO. Russia also placed Foreign Affairs Minister Chrystia Freeland on a “banned list” because of her reporting’s on President Putin in her previous days as a journalist.

On November 18th 2018, NATO’s Secretary General Jens Stoltenberg told CBC Radio’s The House at the Halifax International Security Forum that Canada must “gear itself up for Russian cyber threats”. Moreover, Estonia’s Defence Minister Jüri Luik echoed a similar concern adding that, “In some ways, every country is a neighbour of Russia because [a] cyber [threat] recognizes no borders, so you might also say that Canada is a neighbour of Russia,”. Similarly, Janis Sarts, the director of the NATO Strategic Communications Centre of Excellence said in an interview that, “Canada was a natural target for Russia”.

As the 2019 Federal elections are fast approaching, election meddling concerns are being prioritized by Canadian national security agencies. In a recent report by the Communications Security Establishment (CSE) a similar assessment was made, adding that “online attempts to influence or undermine the country’s electoral process are on the increase”. Although the CSE has not named specific countries that could undertake in meddling efforts during the Canadian elections, they have affirmed that Canada is not exempt from interference by both state and non-state actors. CSE chief Greta Bossenmaier added that the CSE believes that “hacktivist groups” may attempt to interfere with the democratic processes and that building resilience is a key objective to protect the electoral process.

As elections approach Canadians must remain aware of misinformation campaigns that could undermine the country’s electoral process. Despite Canada’s geographical distance from Russia, cyber warfare, misinformation, and propaganda supersedes borders. State and non-state actors have the capacity to interrupt democratic processes and Canada’s commitment to NATO could make the nation vulnerable to Russia’s cyber campaigns.