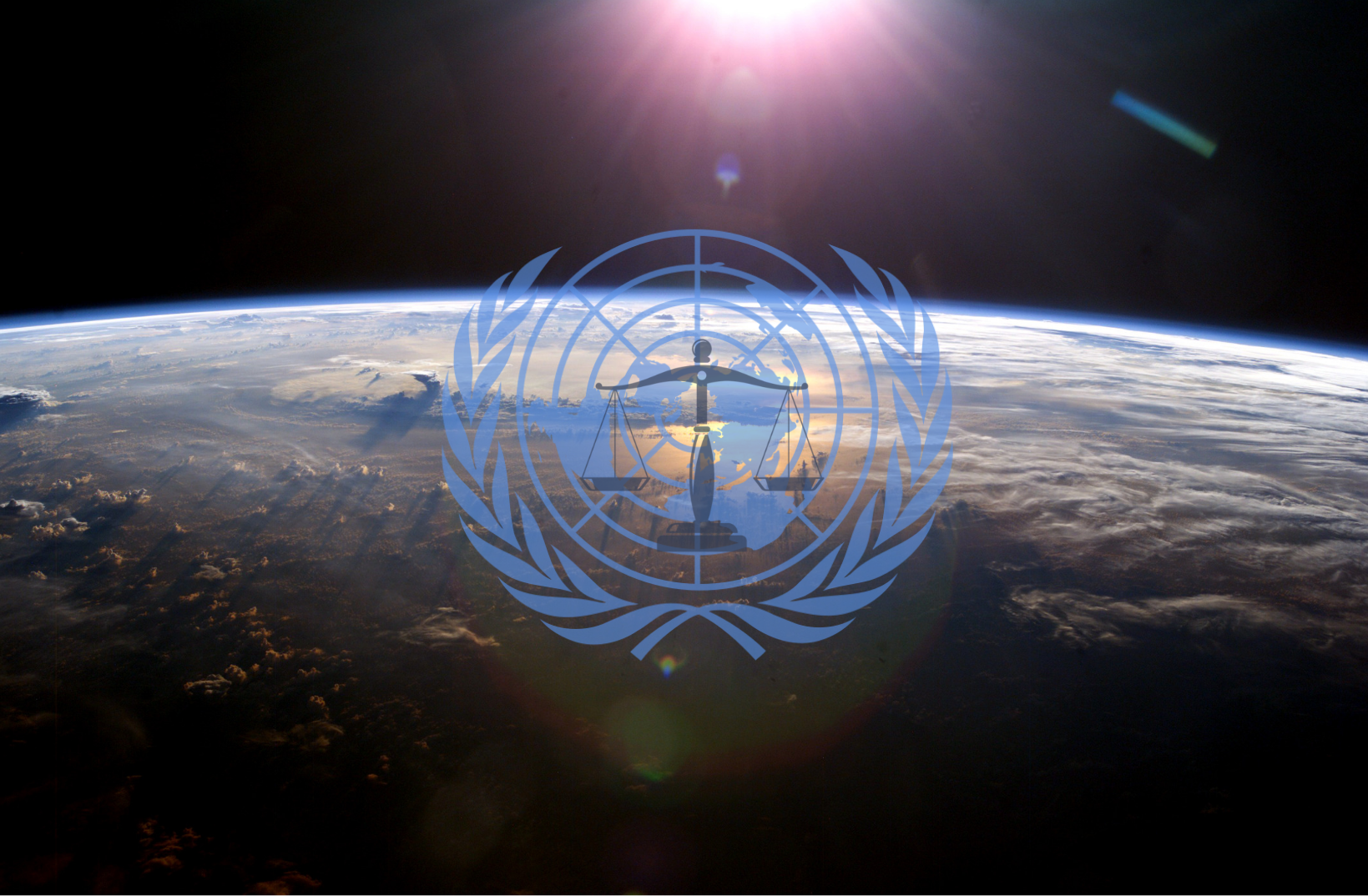 Since the beginning of the modern age, international politics has been conducted through the Westphalian system – a state-centric realm whereby each state exercises sovereignty over its own territory and the people contained within. From the appropriation of indigenous lands to the establishment of overseas colonies and empires, modern states have taken a leading role in the division of the earth’s territory into clearly demarcates zones of national sovereignty. Two extranational exceptions to this system remain: the high seas and the continent of Antarctica. The forces of globalization have simultaneously expanded the scope of just how many states there are, while also bringing them all closer together through interconnectedness and reliance. On the other hand, globalization has also expanded the human horizons to a region beyond borders; the final frontier of outer space. In order to adequately address the global governance of outer space, two questions must be explored: what is the current apparatus of governing and the legislation of space, and how does/will globalization affect it.

The Evolution and Systems of Space Governance

To understand the modern international space regime, one must look back to the dawn of its conception during the space age. In 1958, the United Nations Committee on the Peaceful Uses of Outer Space was established in response to an increased interest in the strategic use of space by the Soviet Union and the United States. Its mandate sought to facilitate the creation of space treaties and agreements while their implementation would go through the sister-body: the United Nations Office for Outer Space Affairs. In 1967, the first major piece of legislation was implemented with the intention of governing space: the Treaty on the Principles of Governing the Activities of States in the Exploration and Use of Outer Space – otherwise dubbed as the “constitution for outer space”. The constitution prohibited claims of extraterrestrial territory (article II), the use of weapons of mass destruction in space (article III), and the international responsibility for all state activities in space (article VI). These treaties were created and advanced by the ultimate form of global governance – the United Nations – to legitimize the conduct and expectations of space exploration for the future, yet their legitimacy can only be fully accepted and thus enforced with the cooperation of the majority of states in the international community.

Between 1975 and 1979, two significant waves of legislation were brought to the two United Nations bodies regarding space governance. The first of these, the Registration of Objects Launched into Outer Space Convention of 1975, provided data entries on file for the official recording and management of space craft and objects. The second piece of legislation, called the “Moon agreement” of 1979, added significant amendments to the earlier laws and treaties passed, including more specific limitations on state use of space and strict provisions and limitations concerning military operations and the sharing of scientific investigations and discoveries. While the registration convention was widely recognized and ratified in the international community, the Moon Agreement was almost immediately rejected by the United States, the Soviet Union, and China – essentially the only technologically-capable spacefaring states. The rejection not only solidified the failure of the Moon Agreement achieving the necessary ‘tipping point’ of acceptance within the international realm, but also marked a change in the future implementation of legislation pertaining to the global governance of space.

The fate of the Moon Agreement emphasized the depth at which the international political community is rooted in the Westphalian system – or simply put, the nation-state is the primary unit of international order and as such nation states will naturally prioritize their progress – and from that point on treaties were put into place over concrete laws. Currently there is no specialized court system accountable to adjudicate or arbitrate the activities that take place in outer space – and thus there is no formal enforcement. Conversely state actors have considerable room to navigate the legislation of space governance, particularly non-binding treaties. As a result, the regulations that govern space are dependent on not only adherence by state actors, but their national legislation and interests as well. This is of particular interest to the most powerful nations, who have the technological capacity for space as well as the influence within the international community to pursue their agenda relatively unchallenged.

Globalization and Challenges to the Assumptions of Space Governance

Dr. Lindy Newlove-Eriksson of the Swedish Defence University and Physics and Astronomy Engineer Johan Eriksson from Uppsala University discuss the “strong indicators” that globalization has evolved beyond “terrestrial or typically sovereign domain[s]” in their article “Global Governance Beyond the Global: Who controls the extraterrestrial”. The publication clearly asserts the prominence of globalization and the affect it has had on the global governance regime, specifically mentioning the importance it has had (and will have) on the current legislation for space governance – particularly because these treaties do not address the private sector or non-state actor activities or agency. The global governance of outer space is an important issue in international politics and will only continue to grow in importance over time. Dr. Paul Arthur Berkman of The Fletcher School of Law and Diplomacy worked with the Smithsonian Institute to publish an article on the governance of space and Antarctica, and describes the “vital strategic importance” that outer space has on military and surveillance activities – allowing states to technically operate anywhere without breaching sovereign territory. In a world where the hegemonic statuses of nations and their relative powers are shifting and multinational or transnational corporate actors are rising in power, influence, and competitiveness, it is only a matter of time before the final frontier is utilized or exploited.

Furthermore, Canadian Forces LCol B.C. Cornell noted in his report “The Final Frontier: The Emergence of the Commercial Space Industry and the Loss of Space Hegemony” the rapid rise of for-profit companies in space launches, operations to orbit, and planning new ways to capitalize off of the final frontier. While most state interests in space either revolve around the security sector (operations, satellite surveillance, and the development of military technology), and the research sector – what interests would the private sector have? While the media might initially paint images of space travel/tourism or niche advertising like Tesla’s launched orbiting car as far-fetched or fantastical, the commercialization of space is a very real, developing industry. How could Elon Musk’s Tesla roadster floating through space impact such important claims made in this article? Simply put: because Elon Musk can; the further state and private sector entities push to normalize / extend their reach into space – the more strained space regulations and treaties will be. Former United States President Barrack Obama and his administration made a clear effort to establish the future of space activities being based on a partnership between NASA and the private sector. As described in “The Future of Space Commercialization” – an article by Joshua Hampson, a fellow from the Washington-based Niskanen Center think tank – the corporate interests of space range from the deployment of GPS satellite systems to private security companies contracted by militaries or private sector powers, to resource extraction – there are “endless” possibilities and opportunities.

A perfect example of corporate interest in space exploration, is SpaceX. In 2002, tech billionaire Elon Musk transitioned his attention out of his widely popular Tesla electric automotive company into SpaceX – one of the private sector’s leading corporations pursuing the development of space technology. As of 2017, SpaceX’ net worth is valued at 20 billion USD and maintains private partnership and contracts with both NASA and the United States Department of Defense. Similarly Jeff Bezos – the wealthiest man in history and CEO of Amazon – created Blue Origin, another leading private sector innovator of space technologies. Blue Origin primarily focuses on the development of “space driven economies” and deployment of new satellite and rocket technologies. NASA, Boeing, and the Defense Advanced Research Projects Agency of the United States government (a branch of the American military) currently contract Blue Origin.

Globalization is challenging the treaties and conventions on governance of space, primarily through the rate of technological growth and advancements that could not have been assumed during the creation of the major legislative documents pre-2000, as well as through the rise of private sector interest and investment in this final frontier. The growth of private sector interest in space shares a unique, yet important nexus with government contractors, and that relationship will not only stoke the fires of space technology innovation and use, but also will greatly influence the development and implementation of national and international legislation on space (and this legislation’s perceived legitimacy as a whole).

If the implementation of concrete legislation and an international court is nullified by states who will disregard them in the interest of national agendas and private sector partnerships where does the global governance of space go from here? While astrophysicist Neil deGrasse Tyson has said that “Space exploration is a force of nature unto itself that no other force in society can rival”, what the future holds must strike a delicate balance between acceptability to state actors (who can influence the private sector) and a commitment to maintaining responsibility and safeguarding space norms.

To provide a simple answer to an increasingly complex question: The United Nations Committee on the Peaceful Uses of Outer Space and The United Nations Office for Outer Space Affairs must continue to adapt to the changes of the national and private sector space vanguard to ensure that no one – whether state-based or private sector – compromises the neutrality of outer space, and to hold those that do responsible.