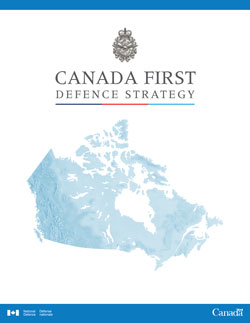 The Canadian Army Reserve has been legislated to grow based on the 2008 Canada First Defense Strategy. Yet it has been recently predicted that the Army Reserve will actually shrink due to recruitment problems. Surprisingly, it is not a lack of interest which is the problem; it is a bureaucracy which is moving too slowly to permit growth.

Retired Lieutenant-Colonel John Selkirk, Executive Director of Reserves 2000, a coalition of Canadians dedicated to preserving and strengthening the Canadian Army Reserve has referred to the situation as a recruitment crisis. Lt.-Col. Selkirk noted in December that halfway through the 2013-2014 fiscal year, the Canadian Forces Recruiting Group was only able to sign up 21% of the year’s recruits when they should have been at 50%. Reserves 2000 is “predicting that for the recruiting year 2013-2014, the actual numbers of the militia, no matter how they are counted, will be smaller than they were at the beginning of the year.”

The recruitment process is unnecessarily complicated. In Winnipeg, about half the applicants will initially apply online, another half will apply in paper. Even those who begin the application online will still have to fill out security forms in paper. There is a lot of back and forth between the recruiters and the applicants whereas in the past, all the paperwork was given to applicants at one time, they now need to return with certain documents filled out in order to obtain more.