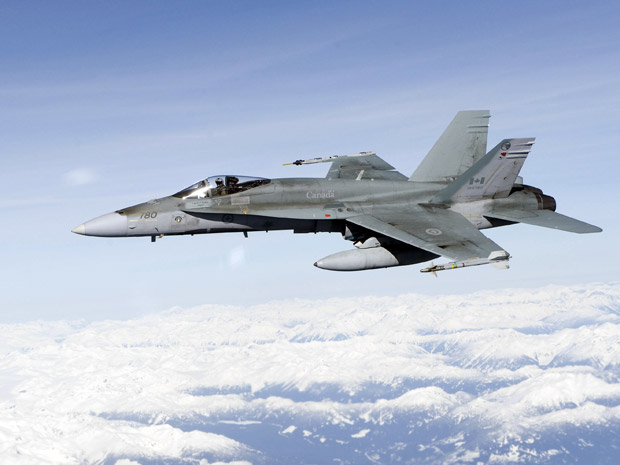 A few weeks ago I argued that, given its trepidation about a possible NATO presence in the Arctic, Canada should turn to NORAD instead. Because of NORAD’s history and existing ties to ballistic missile defence (BMD), air defence, and maritime domain awareness (MDA) this would, I said, align neatly with American priorities for organizing Arctic security and allow Canada to avoid being drawn into tensions with Russia over a NATO presence.

According to Jockel and Sokolsky, NORAD is an anomaly within Canada-US defence relations: a bi-national command amidst myriad formal and informal bilateral relationships. But NORAD’s operations have become increasingly nationalized (each country’s fighters cover its own airspace) and its “twinned” structure – the American commander of NORAD also commands US Northern Command (USNORTHCOM) – separates some aspects of continental aerospace defence from the bi-national command. The result is a remarkable degree of coordination that simultaneously protects Canadian sovereignty from US dominance and US freedom of action from being restricted by Canada.

In 2012 Canada and the US signed the “Framework for Arctic Cooperation” among NORAD, USNORTHCOM and the Canadian Joint Operations Command (CJOC). It specifies that NORAD leads on aerospace warning and control as well as MDA – its normal tasks extended to the Arctic. NORAD could become the key North American Arctic security organization. But for that to happen, and for Canada to be certain that that is in its interest, calculations and decisions must first be made on both BMD and MDA.

Canada declined American requests to participate in BMD, even when NORAD control over the system has been considered, culminating in Prime Minister Martin’s firm “no” in 2005. As a result the system developed under US-only structures. NORAD contributes to BMD’s early warning, the result of a 2004 amendment to the NORAD agreement, but as Jockel and Sokolsky write that could simply reflect an American “habit” of working with Canada on continental defence and may not continue.

James Fergusson and David McDonough write that Canada is relying on the assumption that it is protected by the US nuclear umbrella and BMD system despite having no input in US decision-making. But high-profile Canadian opinion makers including Colin Robertson, Derek Burney and Fen Osler-Hampson have recently expressed support for a new Canadian bid to join the American BMD programme. And it has been reported both that the US has again requested Canada’s participation and that the Harper government is still seriously considering the option.

I’ve argued before that barriers to Canadian participation are quite high, but they may not be insurmountable and there are potential benefits. According to Fergusson and McDonough, establishing a Canadian BMD contribution would hedge against “strategic uncertainty,” contribute to US security, and possibly lead to integrating the BMD system into NORAD. And according to Fergusson it might not be terribly expensive. If that does not happen, Jockel and Sokolsky write that NORAD may well be allowed to atrophy or even expire.

NORAD took on a maritime domain awareness role in 2006, consisting of a cell within the Command that consolidates and disseminates intelligence but carries out no surveillance or control functions. For NORAD to lead in the Arctic this function would have to evolve.

Canada’s Marine Security Operations Centres provide a possible template. They compile intelligence gathered by myriad organizations including the Navy, Coast Guard, RCMP, Department of Fisheries and Oceans, and others, and forward that intelligence to CJOC. It would require re-negotiation of the NORAD agreement, but potentially the MDA cell could play a similar role, at least in the Arctic, actively aiding Canada-US coordination and cooperation.

This would require relative equality between the two countries forces. But as Elinor Sloan writes many of Canada’s MDA platforms are ageing or unsuited to the task. There are plans to remedy these shortcomings by investing in aircraft, UAVs, Arctic/Offshore Patrol Ships, and satellite capabilities, but most of these procurements will not be completed until after 2020. The complex web of Canadian organizations involved complicates the task and would likely have to be reformed, imposing further costs.

Finally, effective bi-national Arctic MDA and bi-lateral cooperation would require that outstanding Canada-US sovereignty disputes concerning the Northwest Passage and Beaufort Sea be resolved. This may occur soon as submissions under the UN Convention on the Law of the Sea are due this year (although the US has not ratified the treaty), but the disputes will continue to be irritants in Canada-US Arctic relations until then.

A central Arctic role for NORAD could have substantial benefits for Canada. But before any decision to push for such a role can be made, the costs and benefits to Canada of aligning NORAD’s structures with the primary US (and Canadian) Arctic security concerns must be tallied. If the benefits outweigh the costs then it is a viable option for Canada. If not, another avenue will have to be found.