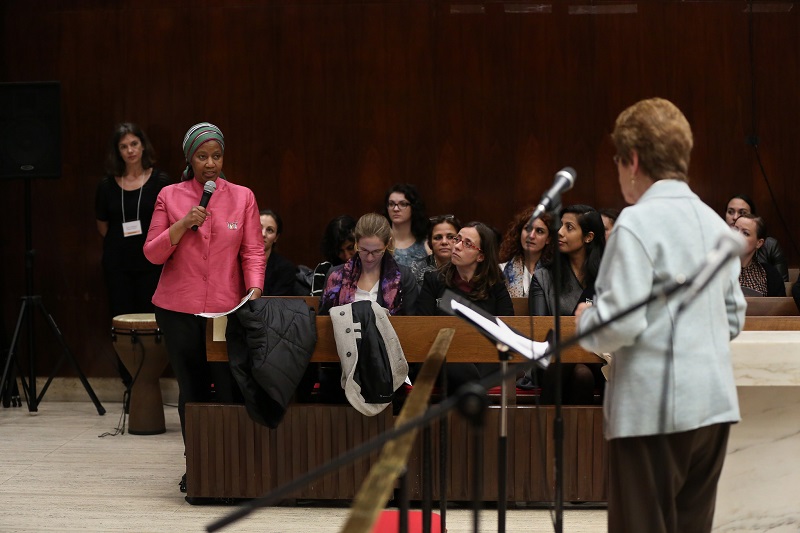 As the world’s longest-standing women in peace organization, the Women’s International League for Peace and Freedom (WILPF) has launched an innovative Scorecard to measure implementation of the Women, Peace, and Security (WPS) Agenda at both the national and international levels by the Permanent members of the UN Security Council (P5). This integrated approach acknowledges the multidimensional nature of root causes behind the processes of militarization, gender inequality, violence, and conflict resolution.

In terms of methodology, the WPS Scorecard measures: i) WPS-related commitments and statements; ii) gender sensitive rankings and legal obligations; iii) financial priorities at an international level; and iv) gender-sensitive comments and policies in peacekeeping. States earn scores out of a possible 100 points on the scorecard. By factoring in both qualitative and quantitative data, the methodology remains holistic and inclusive. For instance, through brief case studies focusing on Syria, Bosnia and Herzegovina, Liberia, and Nepal, the project also demonstrates on a more micro-level how war is gendered and how investment in women’s participation in violence prevention and conflict resolution can reap dividends.

Covering data between 2010 and 2015, the Scorecard includes data on women’s political participation, conflict prevention, protection, and relief and recovery. Noting the average performance of each country in all main categories between 2010 and 2015, we can note that the U.S. improved its score by 1.1%; China improved its score by 2.1%; and the U.K. improved its score by 9.2%. However, France’s net score decreased by 2.1% and Russia’s score decreased by 4%. By giving a way for states to track and compare gender commitments over time, this scorecard can help keep states accountable to their WPS commitments.

Of the P5 states, the United Kingdom scored the highest (64 points), followed by the United States (54 points); France (52 points); China (44 points) and Russia (34 points). China and Russia scored relatively lower because both countries still lack a National Action Plan for the implementation of UNSCR 1325. Like Russia, the United States was also critiqued for its use of veto power and failure to ratify the Arms Trade Treaty. For the U.S., the WPS scorecard pointed out the disproportionate focus on women as victims rather than as agents in their statements before the UN Security Council.

Regarding the other members of the P5, France was urged to include women and civil society organizations in its counterterrorism efforts and the U.K. was admonished for its lack of gender sensitivity in its asylum procedures. Both the U.K. and France were encouraged to outline an estimated budget in their National Action Plans.

In terms of general policy recommendations outlined by the WPS scorecard, the P5 member states are chiefly urged to provide more funding to measures aimed to improve gender equality. Gender mainstreaming in disarmament is encouraged and more gender advisors should be appointed in peace operations. Last but not least, in terms of wording and framing, less focus should be placed on women as victims and more on women’s participation in conflict prevention.

In short, the WPS scorecard is an important and necessary step towards holding the most powerful states accountable. The information associated with the scorecard is presented visually in a way that is easily accessible to the public. By collecting gender-sensitive data, the WPS scorecard is able to compare and contrast the progress made by P5, and other states and how their commitment to women, peace, and security has changed over time. According to Abigail Ruane, Director of WILPF’s program, ‘Preventing conflict is critical for peace. Investing in women’s rights is the key to conflict prevention and also a human rights obligation.’