Israeli PM Benjamin Netanyahu has recently threatened unilateral action to curb Iran’s nuclear ambitions. Apparently, Iran has built “faster centrifuges that would enable them to jump the line, so to speak, at a much faster rate – that is, within a few weeks.” “Within a few weeks.” Right. Let’s recall that Iran has been close to a bomb since 1984. Even if it is true that Iran is this close to developing nuclear weapons, is the response of Israel, the US, and Canada warranted?
Israel’s ascension to nuclear statehood was not met with the opposition Iran’s aspirations have – in part because the West saw nuclear weapons as vital to Israel’s security and the overall stability of the region, but mainly because Israel is seen as a rational actor. Rational actors will not use nuclear weapons due to mutually assured destruction – and given the state of allegiances today, there are few countries who would not fall under the nuclear umbrellas of either the US, Russia, or China. Irrational actors, on the other hand, might, and that is what scares Israel, the US, and Canada. Let’s take a moment and reflect on Iran’s supposed irrationality.
It has been easy for Western media outlets to paint Iran as an irrational actor. Ex-president Ahmadinejad was good for many an irrational sound bite. His oft-quoted statement that Israel must be “wiped off the map” gave a huge boost to Israel’s and the West’s anti-Iran campaign. Ahmadinejad spoke that phrase during a speech he made to an audience of 4000 students at an anti-Zionist event in Tehran on 26 October 2005. He was quoting a decades-old remark by Ayatollah Khomeini that is properly translated to mean “eliminated from the pages of history/our times.” This is bad enough, but it is not the same as total annihilation. 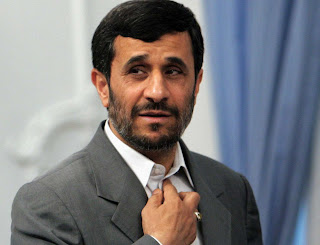 Ahmadinejad later explained that one way to achieve the stated goal was demographic regime change in a unitary state in which Palestinians outnumbered Israelis. Supreme Leader Khamenei also clarified the remarks by stating plainly that Iran will never execute a first strike and that war would only follow an Israeli attack – important coming from Khamenei because he is the Commander-in-Chief of Iran’s armed forces and Iran’s ultimate decision-maker, not the president.

History is a surer guide to predicting Iran’s future actions than the rhetoric of its politicians. Back in 2008, the Middle East scholar Juan Cole and a panel of 20 experts, including former US Ambassador to the UN Thomas Pickering and former US special envoy to Afghanistan James Dobins, authored a statement on Iran in which they outline the rational character of Iran’s actions in recent times.

Four events in particular substantiate that it prioritizes self-interest over religious or other ideological considerations, meaning that should it acquire nuclear weapons it would be a rational, predictable and, therefore, deterrable nuclear power: (1) In the 1990s conflict between Russia and Chechen Muslim rebels, Iran developed a closer relationship with Russia instead of supporting a fellow Muslim group; (2) Iran supported the US led invasion of Afghanistan; (3) instead of continuing efforts to extend the Islamic revolution to its surrounding Persian Gulf states, Iran has respected those nations’ sovereignty; and (4) while denouncing each other publicly, Iran and Israel developed secret ties to trade arms and goods during the Iran-Iraq War.
So, if Iran pursues its national interests in rational ways, as do most other states, for what other reasons should we fear its acquisition of nuclear weapons? Perhaps nuclear proliferation in the region. But this does not wash. Israel’s nuclear arsenal is much more of a threat to the Arab countries than Iran’s would be; yet, their arsenal hasn’t sparked proliferation (other than Iraq’s attempt which Israel squashed).
Another worry is that Iran’s nukes could end up in the wrong hands. This is extremely unlikely given the extensive surveillance apparatus of the US and the nonsense that a state that has gone so far to obtain nuclear capability would risk this ending up in the hands of extremists beyond its control.
It is arguable that Iran’s possession of nuclear weapons would actually reduce tensions in the region. The late Kenneth Waltz went so far as to write that a nuclear Iran would provide a useful balance to an Israel that acts with impunity in the region, perhaps curbing Israeli actions that provoke ire in Iran and other Arab states. Colin Kahl replied that Waltz neglected to consider the possibility of an increase in terrorism and lower-level conflict that would follow from an Iran emboldened by its nuclear capability. Given Iran’s support of Hamas and Hezbollah, this cannot be dismissed. However, it might also be considered that a region with two nuclear powers will produce a desire for détente between Israel and the Arab League nations, thereby weakening Iran’s desire to continue supporting Hamas and Hezbollah. An increase in low-level fighting might even be worth the price of avoiding a major war. A nuclear Iran would preclude Israel from executing a strike on Iran, which would plunge the region into a complicated conflict.
This is all hypothetical – Iran does not have a bomb, and likely will not get one any time soon. The most probable outcome is that it will achieve nascent nuclear capability, which many countries enjoy. This would change the regional political dynamic in Iran’s favour while also satisfying their energy considerations – which makes plain how rational it is in pursuing its nuclear aspirations.