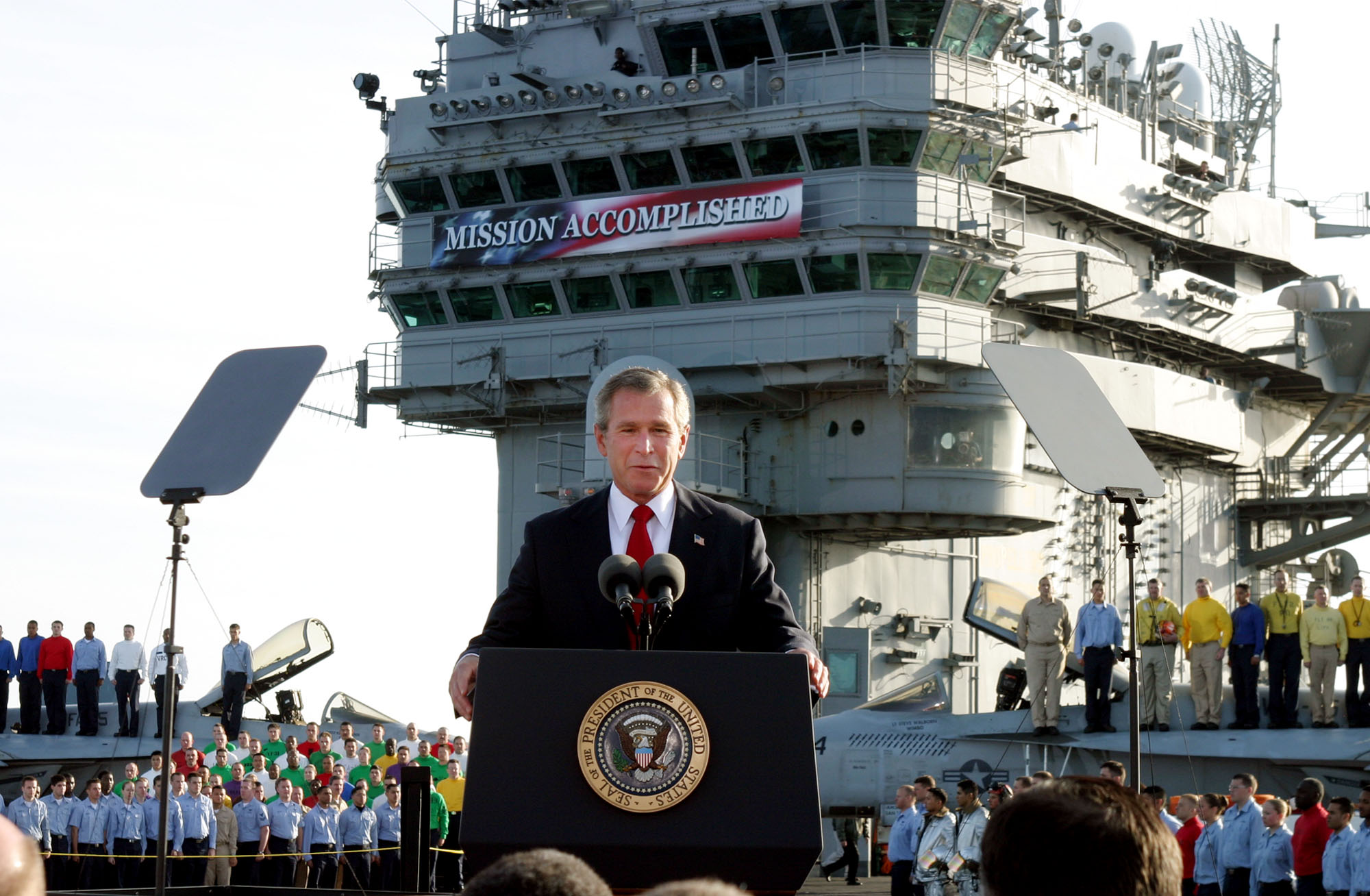 An Intelligence Success: Canada Got it Right on Iraq

The US-led invasion of Iraq in 2003 was one of the most significant geo-political events of the first decade of this century. In the lead-up to war, the Bush Administration used intelligence reports to build domestic and international support for military action. In Canada, Prime Minister Jean Chrétien made clear that the intelligence reports he was seeing did not back up US claims. Why did Canadian intelligence analysts come to different conclusions concerning the threat posed by Iraq than their US counterparts? The partial release of Canadian intelligence assessments on Iraq during 2002 and 2003—along with interviews of those involved in producing these assessments—has now made it possible to examine this question.

The main Canadian organization responsible for producing foreign intelligence assessments for senior levels of government is the Intelligence Assessment Secretariat (IAS) in the Privy Council Office. Its work on Iraq was supported by analysts in the Department of National Defence (DND) and the Canadian Security Intelligence Service (CSIS). The total number of analysts in these groups is quite small, especially compared with the much larger US intelligence community.

Initially, the Bush Administration sought to link Iraq with the 9/11 attacks and the al-Qaida terrorist network. Canadian analysts were not convinced. IAS and CSIS analysts had serious concerns about the quality of the evidence presented by some US agencies that purported to establish this connection. Even in the US, analysts pushed back against the claims of Iraqi links to al-Qaida, and the administration’s public rhetoric increasingly focussed on Iraq’s weapons of mass destruction (WMD) programs.

At the end of August 2002, the IAS took the lead in drafting and coordinating  an assessment of Iraq’s WMD programs that presented the Canadian intelligence community’s collective view of this critical subject. The paper assessed the full range of Iraq’s WMD programs, including chemical, biological, and nuclear weapons, and ballistic missiles. It addressed two key questions: did Iraq have any WMDs remaining from the period prior to the 1991 Gulf War; and was Baghdad currently reconstituting its WMD capabilities?

On the first question, analysts could not be absolutely certain that Baghdad had completely destroyed all of the WMDs it possessed in 1991 but concluded that any remaining chemical agents or ballistic missiles could only potentially exist in very small quantities and would likely no longer be serviceable. The second question—whether Baghdad was reconstituting its WMD capabilities—got to the heart of the US administration’s claims that Iraq was a growing threat to the world. Analysts were not convinced by the evidence being cited by the US as proof of Iraqi nuclear activity. There was also a critical question of missing evidence: if Baghdad was actively seeking to reconstitute its nuclear program it would require a much wider range of equipment and raw materials than the scattered items that the US pointed to. Even with elaborate deception measures, it would be hard for Iraq to completely hide efforts to reconstitute a serious nuclear program. Similarly, analysts could see no convincing signs that Baghdad had restarted production of chemical weapons. Its testing of ballistic missiles was essentially within the limits allowed by UN resolutions. The critical issue of whether Iraq had an active biological weapons (BW) program was the most difficult question to deal with because biological production labs are potentially easier to hide. At the time there was reporting to suggest that Iraq might have access to the smallpox virus; analysts therefore had to conclude that while there was no conclusive proof of a smallpox threat, it could not be completely discounted.

In producing this assessment on Iraq’s WMD activities, intelligence analysts in Ottawa had access to a wide range of intelligence through Canada’s membership in the Five Eyes intelligence alliance that includes the US, the UK, Australia and New Zealand. The extensive sharing of intelligence meant that analysts in the Five Eyes alliance were largely working with the same body of information in trying to assess Iraq’s capabilities. It was differences in the analytical process and in the political climate in which analysts were working, rather than significant differences in information, that underlay the divergent interpretations of Iraq’s WMD capabilities.

Analysts in Ottawa were well aware of the analytical disagreements taking place in the other Five Eyes countries over Iraq’s WMDs and other issues, as well as the pressure exerted by senior officials in those countries on analysts to come up with specific conclusions to support the policy line. These disagreements and political influences were well documented in media reports and elsewhere. The knowledge that many allied analysts shared similar reservations about the quality of the information on Iraq’s WMDs gave Canadian analysts greater confidence that they were on the right track.

In subsequent months IAS analysts continued to review the flow of intelligence to see if there was any new information that would lead to a re-evaluation of their earlier conclusions on Iraq’s WMDs. No credible intelligence emerged. The IAS also provided senior officials with their appraisal of the public statements being made by US officials on the subject of Iraq’s WMDs, and frequently had to point out that the available evidence did not support their claims.

The political environment in Canada at the time was quite different since the government did not seek to use Canadian intelligence assessments to build public support for its policies. There was no pressure of any kind from government ministers or political aides to shape analytical conclusions to fit the government’s policy line. Nevertheless, there was a degree of behind-the-scenes bureaucratic push-back against the IAS analysis on Iraq. Strikingly, this pressure sought to induce IAS analysts to produce assessments more in line with the US view. Some policy officials and members of the Canadian intelligence community were concerned that the failure of Canada to support the US action against Iraq—or even to take a different analytical line on the question of Iraqi WMDs—would jeopardize Canada’s close military and intelligence relations with a vital ally. Critics questioned why they should accept the conclusions of the tiny IAS rather than those of the US intelligence community, with its vastly greater resources.

Canadian officials were right to be worried that refusing to support the invasion of Iraq could jeopardize the vital flow of intelligence from the US. In early 2003, after Canada formally announced that it would not join the US-led military coalition, the amount of intelligence on Iraq received from the US diminished substantially. However, the US reversed this action several months later when the problems with the pre-war US intelligence had became more evident.

Based on this examination of the Canadian assessments on Iraq, there are several likely explanations of why it largely proved to be more accurate than the US analysis. The most notable difference in the Canadian case was the lack of any significant political or other outside pressure on assessment organizations to slant their analysis in a particular direction. Political pressures were not the only reason for the flawed analysis by the US—analytical failures also played a key role—but political pressures exacerbated the problems in other areas and made it less likely that the normal mechanisms for correcting analytic errors would be employed.

Another important dissimilarity is that the IAS analysis was influenced by a different set of assumptions and mind-sets. Many American analysts assumed that Baghdad was determined to reconstitute its WMD programs as soon as possible, based on their interpretation of Saddam’s motives, regime interests and Iraq’s past history of deception and concealment. Therefore, any perceived hint of WMD activity was seen as supporting this assumption, and the absence of evidence was attributed to effective concealment measures. In contrast, IAS analysts assumed that Saddam still had a long-term ambition to rebuild Baghdad’s WMD capacity but that other factors might lead him to at least temporarily suspend WMD efforts. Therefore IAS analysts were willing to entertain the possibility that a lack of evidence of Iraqi WMD activities could actually mean that the programs were not active, not just that they were effectively hidden. By keeping a more open mind on this question, IAS analysts were able to review the available intelligence critically.

The Canadian intelligence analysis on Iraq provides a vivid demonstration of the importance of having an independent capacity to produce assessments about the world to inform government policy. Canada benefits greatly from the vast quantity of intelligence it receives from its Five Eyes partners, but it is necessary to view this raw material through a Canadian lens and in light of Canadian interests. It is not always easy, however, to maintain an independent Canadian view, especially given the overwhelming influence of the US intelligence community. Ultimately, the only response that satisfies Canadian interests is to face up to the challenges of occasional disagreements with US assessments through sound analytical tradecraft and maintaining an independent viewpoint. The objective is not to disagree with the US as an automatic reflex, but to disagree when that is where the evidence leads. This requires analysts to maintain a skeptical and independent mindset and a rigourous approach to their analytical methodology. It also requires support from management for an independent Canadian view, even in situations when this might be bureaucratically or diplomatically uncomfortable.

Photo: In 2003, US President Bush declared ‘Mission Accomplished’ after initial successes in Iraq. The conflict would come to haunt US foreign policy. J. Scott Applewhite / AP via CBC News.

Alan Barnes is a Senior Fellow of the Centre for Security, Intelligence and Defence Studies, Carleton University, Ottawa, Canada and is Co-Leader of the Canadian Foreign Intelligence History Project. From 1995 to 2011 he was Director of the Middle East and Africa Division, Intelligence Assessment Secretariat, Privy Council Office. View all posts by Alan Barnes →