On May 22 the European Union will begin holding its parliamentary elections. This year there is widespread agreement that euro-skeptic political parties will attain unprecedented success. In the UK, the controversial UK Independence Party may receive the most votes and send a sizeable contingent to the European Parliament. UKIP is primarily devoted to reversing what it sees as the compromised national sovereignty that has accompanied EU membership, but many accuse it of xenophobic or outright racist tendencies.

In response to recent polls, many have concluded that UKIP’s success should be viewed as a protest vote and an indication of lack of trust between the public and its political representatives. To a certain extent this explanation is compelling, but it fails to tell the whole story. A distrust of politicians is hardly new, and many have demonstrated their lack of faith in the abilities of politicians to improve peoples’ lives by not voting at all. The fact that this lack of faith in political officeholders has been expressed via a drift toward a party like UKIP is symptomatic of broader uncertainty over the future of Western societies.

When defending her government’s controversial economic reforms, British Prime Minister Margaret Thatcher famously proclaimed “there is no alternative.” For decades, events seemingly proved her right. Politics and policy in the UK became increasingly concentrated on a set of objectives revolving around economic efficiency and competitiveness in the global economy. Autarkic and culturally nationalist sentiments on the right faded from the mainstream, as did the protectionist and redistributive ideas of the left. Until the economic crisis of 2008, this was basically compatible with the electorate. Support for increasingly indistinguishable mainstream parties signified a degree of comfort, and those who were dissatisfied generally became disengaged rather than mobilized. Consciously or not, even votes for opposition parties were votes for a stable order. 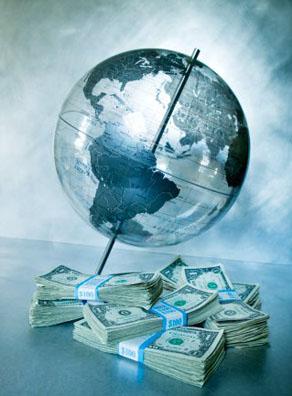 Unsurprisingly, when the liberal project of a globalized market society was interrupted by the 2008 financial crisis and the subsequent sovereign debt crisis, an opportunity for anti-establishment politics presented itself. In the UK, both the far-left and far-right mobilized but failed to seriously threaten major parties. The anti-immigrant British National Party attained some electoral success, but its invidious rhetoric failed to sustain support and its relevance quickly waned. On the left, the Occupy movement presented an equally ephemeral challenge to the status-quo and despite influencing political debates, its impact remained limited.

What is most striking about the rise of UKIP is that its ascent has come at a time when a convincing argument can be made that Europe and the UK are steadily emerging from the crisis era. Rather than a response to volatility, the success of non-mainstream political movements today suggests dissatisfaction with the new status-quo.

The unevenness of the economic recovery has entrenched widespread social anxiety largely revolving around generationally specific concerns over employment scarcity. This is fertile ground for a party like UKIP and not particularly hospitable to their would-be leftist opponents. Although economic inequality is correctly viewed as a primary motivation behind left-wing mobilizations, this often depends on how inequality manifests itself. People are more likely to make economic demands from a position of relative strength and security in a favourable job market. However, when jobs are both scarce and precarious it is rational to adopt a more defensive strategy of self-preservation. UKIP has explicitly, and some would say cynically, tapped into this tendency with an advertisement campaign claiming foreigners are “after your job.”

We are therefore left with a political movement that can be considered anti-establishment, but only in the most limited sense. Far from proposing radical changes to propel society forward, UKIP and others like it rely on tapping into nostalgic and unviable beliefs that an old era of “real” independence can be resuscitated. Its efforts are only aided by the unconcealed contempt of a political class which seems beholden to the equally untenable notion that the economic recovery has rehabilitated their political project.

British and European politicians ignore UKIP’s success at their own peril. It may rely on a protest vote, but this does not render it inconsequential. The expected success of UKIP does indicate a lack of trust in mainstream politicians. But this cannot be reduced to issues of personal corruption, irresponsibility, and elitism. It may instead be the case that voters have lost faith in the ideological axioms of European politics itself.