The Burden of History

Henry Kissinger once famously quipped, “Poor old Germany. Too big for Europe, too small for the world.” Indeed, the burden of history, that is to say, the aggressive policy of Germany first under the Kaisers and then under Adolf Hitler, underscores the fact that the country has never had a successful record as a constructive international leader. Additionally, during much of the Cold War period, the country was divided into the pro-Western Federal German Republic and the Soviet puppet state, the German Democratic Republic.

Henry Kissinger: 'Poor old Germany. Too big for Europe, too small for the world.'

The legacy of the past weighs heavily on the minds of German policy makers, and this has had an impact on the way Germany has addressed the eurozone crisis. The inheritance of German history can be seen most evidently in Germany’s legendary aversion to inflation, as well as in Germany’s unwillingness to assume an assertive leadership role on the European stage.

William Paterson aptly characterized Germany’s position in contemporary Europe as that of a “reluctant hegemon.” Indeed, constraints on German leadership in Europe do not only have historical and domestic roots, but they also emerge from the other member states of the eurozone, particularly those in dire economic condition and mired by anti-austerity protests.

Germany as a Model?

Germany’s trajectory as the leading state in the European Union has caused much debate among the other members. For instance, in a memorable speech in Berlin in November 2011, the Polish Foreign Minister, Radoslaw Sikorski, called for decisive German leadership of a more federated Europe. However, one of the issues remains the lack of debate on the topic of German leadership within the country itself. Sikorski’s call, although controversially received in Poland and other states of Europe at the time, underscores part of the reason for the persistence of the current crisis in Europe – the lack of decisive leadership. Sikorski’s sentiment also points to recognition among EU member states, new and old, for the need to emulate Germany in seeking competitiveness and ensuring the existence of sound economic and financial practices.

Germany must fill this void in command by committing more resources to the preservation of the euro and by altering its obstinate opposition to Eurobonds. This, however, will be no easy task. One must not overlook the constraints of the domestic political context within Germany. Many Germans are loath to see financial aid transferred to debtor states, for Germany itself has many social and economic maladies to address. However, German policymakers must avoid painting a one-sided picture of the current crisis of the European Union simply to appeal to their electorate. More importantly, Germany is not without blame. The imbalances between the accounts of creditor and debtor states have amplified the impact of the crisis. It is important to keep in mind that Germany, along with France, were among the first states to violate the conditions of the Stability and Growth Pact in the early 2000s, and that both avoided any sanctions for their actions. Germany has benefitted from the international clout and the markets furnished by its membership in the European Union. 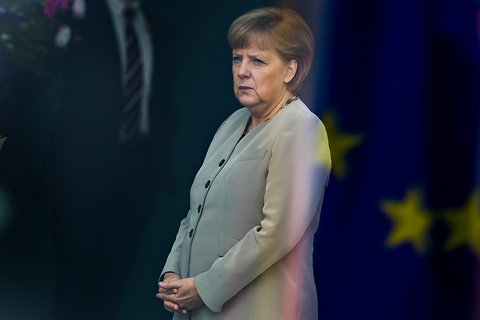 Two Alternatives for Germany and for Europe

In his piece in the New York Review of Books in September 2012, American investor and philanthropist, George Soros, made a provocative proposal for the resolution of Europe’s crisis. In the simplest terms, he argues, “Germany should lead or leave.” For Soros, either one of these two options would contribute to the resolution for the crisis. His bottom line: Germany cannot continue muddling through the crisis, but instead, it must take decisive action, in the form of either exiting the eurozone or assuming the role of a benevolent hegemon. Germany’s current policy constitutes a band-aid to the festering wound that is the eurozone crisis. As Soros rightly points out, the solution that the Germans have found to their post-reunification woes cannot be reproduced in radically different economic contexts.

One scenario, in which Germany leaves the eurozone, may serve to address the most acute symptoms of the crisis, such as the imbalances between creditor and debtor states, but this would ultimately impose huge losses upon the creditor countries. Soros presents the choice for Germany succinctly: “accept Eurobonds, or leave the eurozone.” Furthermore, it would reduce the incentive of the current debtor states to undertake much needed structural reform of their economies.

It is doubtful that Germany views this as an acceptable option. Soros concludes his essay by underlining the disastrous consequence for Germany should they choose exit. Although the German public is strongly opposed to financial transfers and Eurobonds to aid the economies of the “periphery,” Merkel, the German political elite, and public opinion are ultimately well disposed toward the common currency and are the most supportive of the EU among their fellow EU member states.

In Soros’ estimation, the second alternative, in which Germany assumes the role of benevolent hegemon, is a much more favourable trajectory for the eurozone. He also promotes the establishment of a European Fiscal Authority, which would mark a further shift of power away from national governments to a supranational institution. Yet, there would be many obstacles to overcome. The public opinion in many of the southern member states is quite hostile toward German leadership and their handling of the crisis, and thus, it would be difficult for their governments to secure support for further forfeitures of national sovereignty. In addition, there is much resistance both from the German Constitutional Court and the Bundesbank to such a rebalancing of competencies within the EU.

These are both hypothetical situations, of course. However, at this point in the eurozone crisis, one thing is certain: Europe needs decisive and effective leadership in order to formulate a comprehensive vision for the future. The dissenting voices of certain debtor states notwithstanding (read: Greece), Germany must assume the role of benevolent hegemon and persuade the German public as to the necessity of greater burden sharing with debtor states. Germany’s approach of “muddling through” the crisis has failed. If the European Union is to remain the exemplary international regime, open society, and a viable economic zone, Germany must overcome the considerations of national interests for a common, European good. Otherwise, the costs of the continuation of the crisis will prove too great for the EU to remain competitive on the international stage.