Last June, the situation in Myanmar’s northern Kachin state took a turn for the worse as a 17-year-old ceasefire between the Kachin Independence Organization (KIO), its military wing—the Kachin Independence Army (KIA)—and the ruling military junta broke down. The KIA, founded in 1961, represents Myanmar’s mostly Christian Kachin ethnic minority and had been in a near continuous armed struggle until the 1994 ceasefire.

The Burmese government’s modernization program now clashes with the KIO’s interests. Since the promulgation of the 2008 Constitution, the junta has attempted to assert its authority over local militias under ceasefire agreements, including the KIA, in order to extend its control over the country. Moreover, in his plans for economic development, President Thein Sein is dependent on harvesting his country’s natural resource wealth to raise its poor standards of living and attract foreign investment. As a result, the Kachins feel victimized. The primary problem is that  the government has been imposing its authority, in opposition to the Kachins’ desire for more independence. Coupled with Chinese “exploitation” of the region’s wealth of timber, jade and gold, the environmental degradation that comes with Beijing’s hydroelectric projects, and the Burmese government’s use of its resource wealth for southern economic development, the Kachins see no other course than insurgency. For them, it is a fight to keep their own resources for their own economic development in light of the poor state of social services and quality of life in Kachin state.

Thus far, the transition from ceasefire to rebellion has had tragic consequences. Over 70,000 people have been displaced due to the fighting between government and rebel forces, which includes accusations of systematic rape by Burmese soldiers. Perhaps the worst aspect of the Kachin insurgency is that it is only one example of ethnic violence in Myanmar. Clashes between the KIA and Burmese forces have spilled over into neighbouring Shan state, Myanmar’s easternmost province. In addition, the past month has seen clashes between the government and the Shan State Armies as well, despite a ceasefire negotiated earlier this year. In Rakhine state, Myanmar’s westernmost province, the rape and murder of a Buddhist woman by three Muslim men in May sparked bouts of sectarian violence between Buddhists and Muslims that has led to around 80 deaths. Current negotiations towards a ceasefire with the Karen National Union (KNU), which would end a 64-year insurgency, have been complicated by stories of Burmese soldiers confiscating Karen land in southeast Myanmar. A KIA soldier stands on guard

Myanmar’s efforts at political and economic modernization cannot continue without resolving these vehement conflicts because their existence runs contrary to the very idea of a successful state. Firstly, the basic question of national identity arises. The de facto state of civil war in Myanmar (referring to the state as “Burma” is seen as exclusive by some minority groups) testifies to the lack of such an identity among non-Burmese ethnic minorities, constituting some 40% of the population. The existence of a widely accepted nationalism would greatly unify the country so as to create the political stability needed for democratization and economic development. In terms of building a democratic state, when a significant minority is viewed as the enemy, augmenting popular participation is unviable.

Secondly, Myanmar’s economic progress will be strongly tied to national reconciliation because of the resource abundance in rebel areas. In Kachin, the Burmese military is fighting for control over resources crucial for economic development. As for foreign investment, China’s planned pipeline from the Burmese coast to southwest Yunnan province stretches across tumultuous Rakhine state. If the widespread violence continues, foreign investment will not flow into Myanmar, American sanctions cannot be lifted, nor will it be possible to build essential infrastructure such as roads, hospitals and schools.

Ongoing ethnic conflict becomes self-reinforcing, as continued warfare with deteriorating socioeconomic conditions will spur more alienation from the government. Furthermore, Myanmar’s participation in the global drug trade will only worsen as ethnic conflict drags down economic progress. As the second largest producer of opium after Afghanistan, poppy production doubled from 21,500 to 43,600 hectares between 2006 and 2011, mostly in impoverished Kachin and Shan states. In most cases, the income from opium serves as the peoples’ only option for purchasing food, clothes and obtaining social services.

Altogether, the implications of continued internal strife are evident. But how can a solution be found? 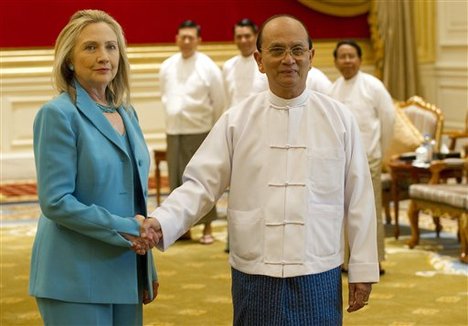 As for lasting political reconciliation, the need for negotiations is obvious. What has failed thus far is the military’s determination to root out organizations like the KIA by force.  From May onwards, Burmese troops have continued to march towards the KIA’s headquarters of Laiza and there are rumours of major offensives planned in Kachin state over the next few weeks. In the meantime, misery continues with mounting death tolls and refugee numbers. According to Human Rights Watch, 10,000 Kachins who fled to neighbouring China’s Yunnan province will be deported back into Myanmar.

A political solution is needed, most evidenced by the ineffectuality of violence since Myanmar’s independence in 1948, which has only hardened attitudes of all parties. In order to facilitate a lasting peace, the vicious cycle of violence and reaction must halt. Only when a truce is achieved can Myanmar begin to form with a political system that encompasses the interests of all ethnic groups and includes the participation of all minorities. This may resemble a true federal system where provinces like Kachin state are given more sovereignty over their own resources within Myanmar, or a consociational system that encompasses power sharing between the Burmese majority and ethnic minorities. Here, the international community can play a constructive role. Canada serves as a prime example of effective coexistence between two communities, not to mention cultural diversity from immigration and native populations. What needs to be done for Myanmar’s sake is clear, but at present it is a question of willingness and trust.