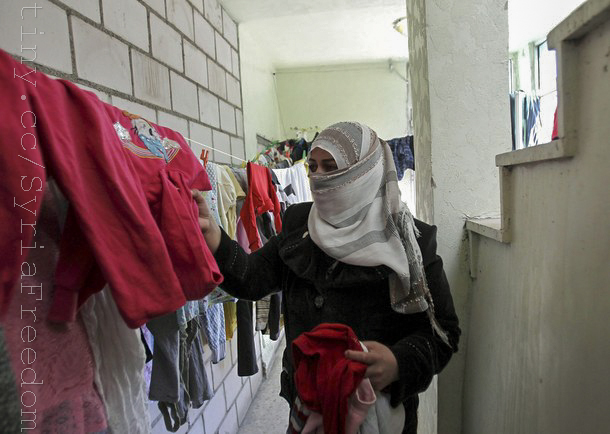 The current atmosphere of international politics remains a strongly gendered environment in which women continue to be marginalized in both the job sector and within social spheres. The ongoing gendered viewpoint which places women in a position of vulnerability has, in part, contributed to women participating in or even conducting terrorist operations.

The threat of the terrorist group ISIS remains strong despite President Trump’s claim of having eliminated the group. The ISIS caliphate’s territory has indeed been erased, but surviving members of the group continue to carry out terrorist attacks, and the organization’s ideology continues to inspire “lone wolf” attacks around the world. The assumption that the threat of terrorism has disappeared is a dangerous one, as ISIS operations continue to put international peace and security at risk. An aspect of terrorism that is often overlooked is the participation of women in terrorist operations, which is becoming an increasingly pressing issue.

Through targeted initiatives, terrorist groups have succeeded in gaining greater political influence by employing women to disseminate their mandate, posing a more serious and widespread security threat. There are numerous ways through which ISIS leads women to believe in such values, and leaders of these groups are driven by the assumption of the vulnerability of women. There are two main methods of terrorist recruitment of women. The first consists of physically holding groups of women captive and stripping them of their rights in order to indoctrinate them, while the other method includes sharing gender-specific propaganda on social media aiming to capture women’s interest.

Groups of women in Syria are being captured by ISIS members and stripped of their basic human rights while being forced to adopt the specific ideology enforced by the Islamic State. Certain regulations in these camps include a mandatory dress code consisting of headscarves and full-length robes, while other laws restrict women’s mobility in public, work and educational spheres. Holding these women captive restricts the basic human rights and freedoms laid out in the Universal Declaration of Human Rights. Women held in these conditions are more likely to contribute to terrorist attack efforts due to the pressures imposed on them to join these terrorist groups. Women in these positions have no choice but to comply with the ISIS mandate for fear of punishment if they choose otherwise.

In contrast to this method of forcing women to bend to their will, a remote method of female recruitment includes the use of social media to spread ISIS propaganda. Terrorist groups employ social media platforms in order to spread their ideologies on a global scale as well as to recruit women whom they rely on to act as “facilitators, martyrs and sources of income”. While most studies of extremism understandably focus on the role of men, women have indeed played important roles in terrorist organizations; it has been reported that more than 100 women-led suicide attacks took place in 2017 alone.

This leads to the question: what is motivating these women to join these terrorist groups? A main factor of terrorist recruitment efforts is gender specific propaganda campaigns that target women and promise a refuge from ‘ills’ that affect them in the West. Despite the freedom that these women possess in making the decision to join ISIS and other terrorist networks, women are being manipulated to join these organizations through the use of gender-specific propaganda.

Women-led terrorism is on the rise and the recruitment methods of terrorist organizations continue to draw large groups of new female members on a daily basis. These women are being manipulated and in some cases forced against their will to accept positions in these terrorist groups. The Global Counterterrorism Forum outlines, in a document entitled Good Practices on Women and Countering Violent Extremism, that women’s participation in extremist organizations should be countered through the participation of women in the creation of counterterrorism policies. Another suggestion to counter the effects of female recruitment in terrorist organizations is the inclusion of women in counterterrorism practices and peacekeeping initiatives, a topic which will be explored in part two of this article series.

Featured Image: By Freedom House “A Syrian woman refugee who fled the violence in Syria checks her laundry at their temporary home at the Al Hussein Palestinian refugees camp in Amman” via Flickr