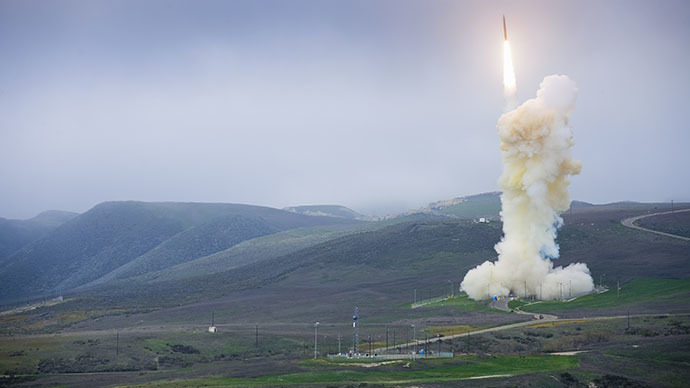 The Canadian government is now reviewing a recommendation that it become a partner in the U.S. Ballistic Missile Defense (BMD) system either by contributing locations for radar stations, or conducting research and development into the program. The U.S. government has not asked Canada to take part in the system, but the Canadian Senate Committee on National Security and Defense issued a report last month that called for Canada to contribute to U.S. BMD efforts, either directly or indirectly. After conducting its research the report concluded that it had “heard worrying testimony about the ongoing efforts of North Korea and Iran to acquire the capabilities to deliver long-range, nuclear-armed ballistic missiles so as to threaten neighbouring countries, NATO, and North America”, and that North Korea and Iran have developed missile technology “to the point where a threat has become a practical reality.” The report also noted the contradiction of Canadian foreign policy which on the one hand endorses the idea of protecting Europe and NATO allies with Ballistic Missile Defense, but fails to take the same position for Canada itself.

Historically Canada has been reluctant to get involved in different U.S. BMD programs. In 1969 Pierre Trudeau refused the Nixon administration’s offer to join the U.S. Anti-Ballistic Missile program then known as ‘Safeguard’. Then in 1983 Brian Mulroney declined an invitation from Reagan to participate in the U.S. Strategic Defense Initiative (SDI). Most recently in 2005, Paul Martin scrapped a plan to build an X-band radar station in Goose Bay, Labrador estimated to cost $500 million, and announced that Canada would not be participating in the Bush administration’s BMD program. So the question then is “why now?” With three rebuffs to U.S. presidents and no pressure from the current one what has changed? Has the threat of North Korea and Iran really become a ‘practical reality’ as stated by the committee? Has missile defense become a success? The answers to these questions are “unlikely” and “no.”

The Center for Arms Control and Non-Proliferation, a Washington based non-profit, non-partisan, research organization has been observing North Korea and its missile capability for years. The Center estimates that “North Korea currently possesses between 4 and 8 nuclear weapons,” and that “It has developed and tested a range of short and medium range missiles, but has yet to successfully test a long range missile or ICBM” capable of reaching North America. They also note that “it is generally believed that they have not yet developed the capabilities needed to miniaturize a nuclear device for missile delivery.” It is clear that North Korea is a threat to world peace based on their blatant disregard for the principles of the Non Proliferation Treaty and the United Nations, but it does not yet pose a direct threat to North America, at least in terms of ballistic missiles. Another independent, non-partisan organization called the United States Institute of Peace has been doing similar research on Iran and its nuclear program. According to USIP “Iran has the largest and most diverse ballistic missile arsenal in the Middle East” but it “should not be able to strike the U.S. before 2020 at the earliest.” Iran has continuously insisted that its nuclear program is peaceful; however there is some evidence to suggest otherwise. A classified 2013 U.S. intelligence estimate stated that Iran “is developing nuclear capabilities to […] give it the ability to develop nuclear weapons, should the decision be made to do so.” The intelligence community does “not know if Iran will eventually decide to build nuclear weapons.” This would suggest that Iran definitely has the potential to pose a threat to North America. That threat, however, does not seem immediate as Iran’s real intentions regarding the development of nuclear weapons are still unclear.

The other important question is does missile defense and its technology actually work? The evidence is hardly convincing and even the Senate Committee recognized that there are still some significant technical hurdles to overcome. The current U.S. missile defense system is the same one that was rejected back in 2005 by Prime Minister Paul Martin. It includes 30 interceptor missiles based in Alaska and California which are used to try and intercept and knock down incoming missiles. Since 1999 The Ground-Based Midcourse Defense system (GMD) managed by Boeing Co has only had 8 out of 17 successful intercepts during tests. Since 2002 there have been nine attempts with only three successful hits, and since December of 2008 there have been four tests and only one success. What is troubling to some is that although this is close to a 50% overall success rate, there has been a dramatic downward trend in test successes as the tests parameters become more realistic. Lieutenant-General (U.S. Army, Retired) Robert G. Gard, Chairman of the Center for Arms Control & Non-Proliferation, also expressed a common concern about the GMD system’s inability to discriminate between an incoming missile and debris or decoy from the adversary’s countermeasures.

In sum the GMD system has only been successful 50% of the time in highly scripted and controlled tests, has proven ineffective when the test parameters are more realistic, and has still yet to prove effective against decoys and countermeasures. With a flawed system and little concrete evidence that Iran or North Korea have the capability to launch a nuclear missile into North America, it is hard to imagine why Canada would now join the U.S. BMD efforts after rejecting participation for decades. Perhaps we should heed the words of another committee, composed of atom bomb scientists who in 1945 wrote: “In the past science has often been able to provide new methods of protection against new weapons of aggression, but it cannot promise such efficient protection against the destructive use of nuclear power. This protection can come only from the political organization of the world.”

A short introduction to Cyber Security

Taking a look at emerging cyber threats, who is carrying them out and how dangerous they really are.

Christine Martel-Fleming examines the positive implications of the Canadian-Sino currency deal at both the provincial and federal levels of government.