The US grants China a waiver on its Iran sanctions, but China won't hastily turn its back on Iran, one of its largest oil suppliers.

On June 19, top negotiators exited Moscow after another disappointing attempt to strike a compromise on Iran’s nuclear program. Pitched as, “stop, shut, and ship,” Western allies want Iran to halt its enrichment of uranium, close its underground Fordow nuclear site, and sell its remaining uranium supply to other countries. The consequence of this impasse has been the implementation of coordinated US and EU sanctions beginning June 28.  Under the US security bill, the National Defense Authorization Act (NDAA), countries continuing to import large quantities of Iranian crude oil will be barred from maintaining corresponding financial operations in the US.

Yet in actions seemingly contradicting its own stated goals, the US has steadily granted exclusive waivers on the sanctions regime to a total of 20 European and Asian allies since March. Still, someone always gets picked to bat last. China, Iran’s largest oil purchaser and oft perceived competitor to the US, was left out of the league of exempted states until the last possible deadline this past Thursday.

As the US plots the full trajectory of its “Pivot to Asia” strategy to counterbalance China’s escalating regional influence, the environs of the sanctions regime reveals a more careful game of power jockeying than strictly economic hardball. If the US inflicts too much financial injury on other countries in the same stroke it attempts to bludgeon Iran’s oil economy, it will not only alienate key trading partners in the short term, but also hurt opportunities for greater regional influence and control over the long term.

On Thursday, the deadline for impending US sanctions, the State Department granted China and Singapore long awaited 6-month exemptions. Acknowledging “significant” efforts to reduce the volume of Iranian crude oil imports, Clinton made the announcement that she would inform Congress of the extensions.

Yet the ‘significance’ of China’s actions to cut imports of Iranian oil is somewhat questionable. Analysts have pointed to reductions of Iranian oil by approximately 25% throughout the January-May period.  But this drop in consumption is more likely an effect of commercial disputes earlier in the year between China’s state petroleum company, Unipec and National Iranian Oil Co., than strict compliance to US demands.  With a resolution between Beijing and Tehran achieved in mid-February, Chinese oil purchases quickly rebounded in April to near 2011 levels.

In contrast to such allies as South Korea, China has continued to criticize the US sanctions on Iran.  In a press conference on Friday, Foreign Ministry spokesman Hong Lei reaffirmed the principle that, “China is always against one country’s unilateral sanctions on another country, according to its domestic law. It is even less acceptable for such unilateral sanctions to be imposed on a third country.” Regardless of Washington’s dispensation, China insists that its imports of Iranian oil are “absolutely reasonable and legitimate.”

This is a sentiment further reflected in Chinese political and economic relations with Iran, which have grown steadily closer in recent years. Since 2001, Chinese exports to Iran have increased sixteen-fold, accounting for 18% of Iran’s total commerce. Chinese corporations purchased 22% of Iran’s oil exports during the first half of 2011, while also supplying the country with a third of its refined oil imports.

Moreover, Iran does not often rely on direct currency payments for its exports to China. Instead, accounts remain in China where the money is re-channelled through the purchase of Chinese imports, stated Bijan Khajehpour, a veteran Iranian business consultant based in Vienna.  China has also made oil payments in Yuan, even bartering its consumer goods for Iranian oil as part of efforts to circumvent barriers presented by Western sanctions initiated earlier in the year.

The US has already been attempting to drive a wedge through this relationship. As Iran’s largest foreign investor, China has temporarily stalled investments estimated at $40 billion in Iran’s lagging infrastructure in return for an exemption to an existing US sanctions bill.  Enacted in 2010, the Comprehensive Iran Sanctions Accountability and Divestment Act (CISADA) mandates investigations of foreign businesses selling refined oil to Iran, while threatening to bar these energy companies from the US market. 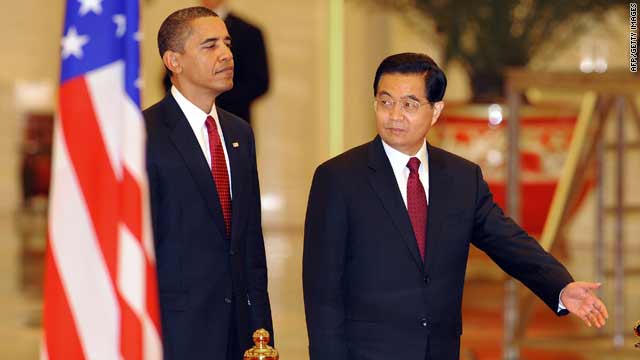 However, as evidence of its relative obstinacy to the most recent round of sanctions, China’s continued compromise to US interests may soon in fact waiver. With a rapidly growing economy, China has an insatiable thirst for petroleum that trumps all other diplomatic moderations. At the end of April, Sinopec Group, Asia’s largest oil refinery located in Beijing, temporarily halted its exports in response to an inability to meet domestic demand. Citing falling fuel inventories and rising consumption, Sinopec explained that China was facing “a shortage of resources and growing pressure on fuel supply” that necessitated their decision.

As the world’s second largest crude oil producer, Iran is too important of an energy partner for China to simply sideline out of geopolitical pressure. Furthermore, increasing imports from alternative energy suppliers, such as Saudi Arabia and other Gulf states, would in turn mean greater dependence on countries firmly aligned to Washington.  China similarly regards Iran as a strong regional power.  With the prowess to dodge Western sanctions, Iran also has the ability to severely debilitate Gulf oil trade at whim. A capability flaunted by Tehran’s continued threat to close the Strait of Hormuz.

In a strategy seemingly sketched from a Cold War policy playbook, the US has began focusing its attention back to ‘re-balancing’ the Asia Pacific with much fanfare. But unlike in the past, the US would be more prudent to engage China, not contain China. No longer a weak communist state, China is an economic heavy-hitter in the international realm, and a critical shortstop to the American economy, fielding much of its sovereign debt.

Friends or Frenemies? The future of the China-US relationship is complicated.

Delaying China’s exemption from US sanctions until the last possible deadline was a cheap display of power and the type of diplomatic pot shot that will only foment further political distrust.  Risking a trade war with China is the last move the US should make amid efforts to stop Iran’s nuclear program. As a Sinopec representative recently warned, “One thing is for sure: within this year, there will be no increase (over the target) in Iranian oil…The US should really appreciate what China has done and not push for more in a condescending manner.”

But who is truly getting out-played is perhaps up for further speculation. According to John Garver, a specialist on Iran and China at the Georgia Institute of Technology, China is in fact playing a “dual game,” by preserving good relations with the United States while also maintaining its energy trade with Iran. In the latest strategic policy document, Sustaining US Global Leadership: Priorities for 21st Century Defense, the US and China were identified as both having “a strong stake in peace and stability in East Asia and an interest in building a cooperative bilateral relationship.” Let’s hope the United States chooses to play wisely and include China on its team.

Brianna MacGillivray
Brianna MacGillivray is a Research Analyst and was a Conference Coordinator at the NATO Association of Canada. She completed a BA in International Studies at Glendon College, York University with a focus in global political economy and Iranian culture and politics. Brianna hopes to blend these areas of research to examine the Western sanctions regime on Iran, as well as wider developments within the global financial system. Hailing from the United States, Brianna is also an avid runner with a passion for music, design and philosophy that colourfully impacts every endeavor to which she pursues. Contact: brianna.macgillivray@atlantic-council.ca

Despite high hopes, COIN has not lived up to expectations in Iraq and Afghanistan.

Leveraging Canada’s Resources for an Optimum Response to IS

As the international community responds to IS, Shahryar Pasandideh examines what would be the optimal Canadian contribution to the ongoing effort.