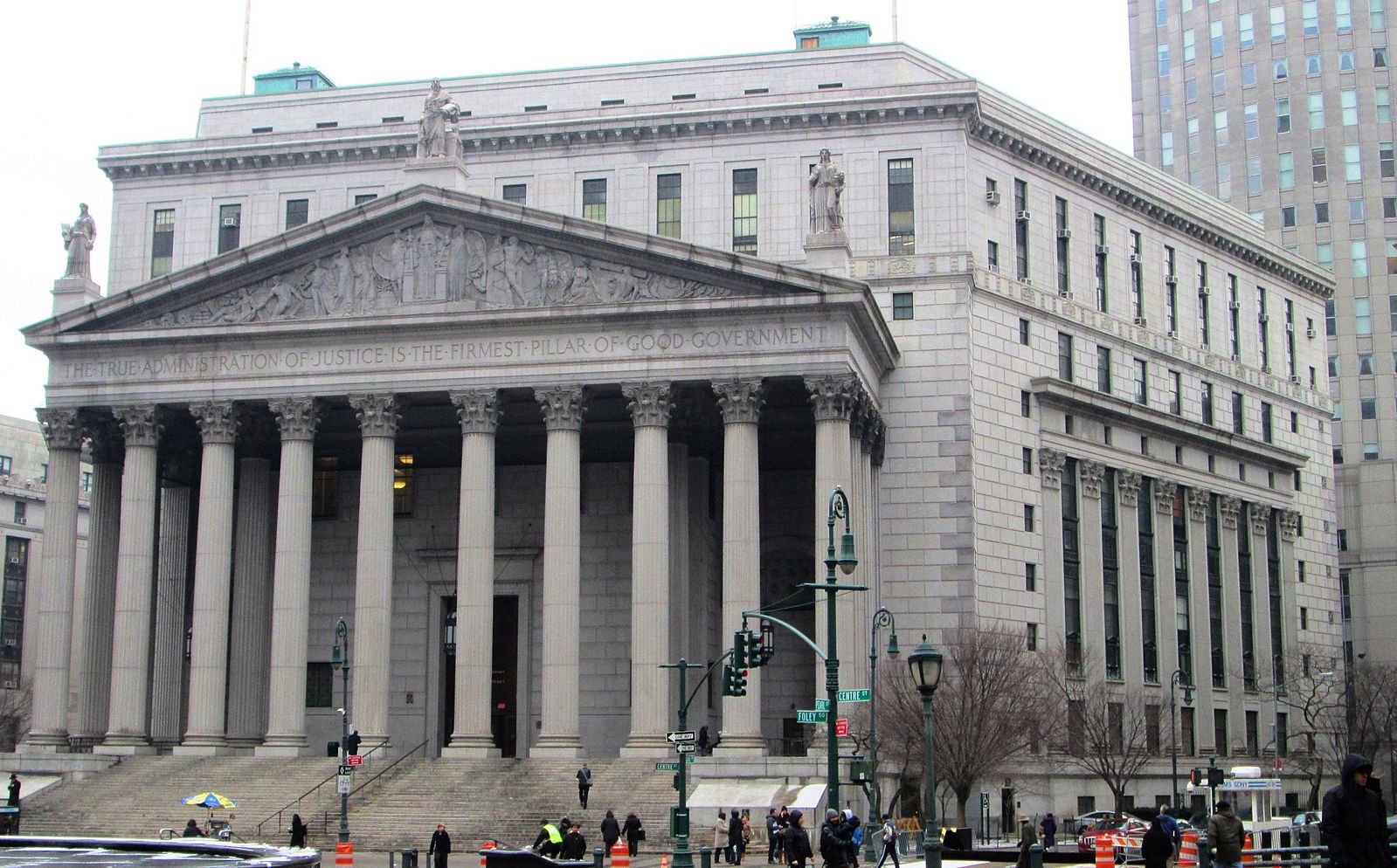 In what could prove to be a landmark in both environmentalism and corporate law, October 23rd will mark the commencement of People of the State of New York v. Exxon Mobil Corp. The lawsuit sees the New York Attorney General’s Office accusing ExxonMobil of “a longstanding fraudulent scheme” to mislead its investors on the extent to which it was effectively predicting, incorporating, and managing the economic risks posed to the business by anticipated climate change regulations. “Instead of managing those risks in the manner it represented to investors,” alleges the State, “Exxon employed internal practices that were inconsistent with its representations, were undisclosed to investors, and exposed the company to greater risk from climate change regulation than investors were led to believe.” In short, ExxonMobil is said to have lied to its investors by misrepresenting both the extent to which climate change would impact its business and, more damningly, what it was doing to mitigate that impact.

As the lawsuit ramps up, along with others like it filed by investors in Texas, New Jersey, and Pennsylvania, many are speculating on the impact the case will have not just on its own merits but on a much wider level. Comparisons have been drawn to the widely publicised series of lawsuits that rocked large tobacco firms like Brown & Williamson which ended their long standing legal winning streak, incurred massive remedies, and led to widespread regulation. While ExxonMobil was clearly much more cognisant of the realities of climate change than they let on, are they legally culpable? And can the State of New York’s suit turn the tide on the legal battle against behemoth energy companies, which have thus far seemed invulnerable?

The federal case comes in light of over four decades of internal documentation that was unearthed in a series of subpoena filings, definitively showing that Exxon, and later other large scale energy producers like Shell, knew as early as the late 1970s that burning fossil fuels would cause “catastrophic impacts” on the planet and on global markets. Their first warning came in July 1977, when Exxon scientist James Black explained to upper management that scientific evidence showed burning fossil fuels was causing climate change. In May 1981, a paper written for Exxon’s head of research projected a 3-degrees Celsius rise in global temperatures caused by the doubling of atmospheric carbon dioxide emissions, resulting in catastrophic impacts in the first half of the 21st century. November 1982 saw Exxon distributing a paper internally that advised “major reductions in fossil fuel combustion” in order to limit global warming. All this came before 1988, when NASA scientist James Hansen in a congressional hearing testified that humans were causing global warming in the first major public warning on the matter.

In 1989, a collection of large businesses including Exxon, BP, and Shell formed the Global Climate Coalition, which set out to cast doubt on climate science and oppose greenhouse gas reduction. In 1995, a Shell internal report warned that the environmental impacts of burning fossil fuel “could have major business implications for the fossil fuel industry.” In 1997, Exxon took out a New York Times ad which deemed the science of climate change “uncertain,” saying that “we still don’t know what role man-made greenhouse gases might play in warming the planet.” In 2009, Exxon acknowledged in a U.S Securities and Exchange Commission filing that humans were causing climate change.

Evidently, ExxonMobil’s public stance on climate change has not matched their own internal documentation on the science. The focus of the New York State lawsuit, however, is on a much more empirical aspect of the company’s inconsistencies – namely, the way in which they allegedly misrepresented the cost of climate change to investors. Corporations like Exxon will implement “proxy costs” into their profitability projections, estimates of the prices that may be imposed on them by governmental climate change regulations. One such cost would be Canada’s current carbon pricing system. By accurately projecting their climate change fee estimates, Exxon can truthfully represent the viability of its ventures to its investors. The State’s lawsuit asserts that ExxonMobil misled its investors by failing to apply its proxy costs to its profitability estimates. Per the Attorney General’s Office filing, Exxon repeatedly touted proxy cost calculations that scaled over time with the increasingly stringent climate regulations which it anticipated, particularly with high-carbon GHG emissions. Instead, Exxon “frequently deviated from its public representations” by either applying lower undisclosed proxy costs, applying “even lower costs based on existing regulations and holding those costs flat for decades into the future,” or applying no GHG emissions costs at all.

The State lawsuit may seem overly specific to some, given the wide-reaching implications of its misleading attitude towards climate science and its policies which border on disinformation. However, focusing on investor remedies allows for a much more clear-cut case in which both Exxon’s culpability and the resulting need for punitive measures is relatively empirical. And as the battle for tobacco control demonstrates, intelligent and deliberate strategy needs to be employed for meaningful legal action against climate change culprits to gain a foothold.

Lessons Learned from the Fight for Tobacco Regulations

Like the carbon-reliant energy corporations of today, U.S. tobacco companies knew for decades that their products had a significantly negative impact on the world, in their case through causing cancer. Despite this, they were for almost half a century successful in warding off lawsuits and regulations due to a highly strategized public information- or rather disinformation- campaign. As an internal memo from the Brown & Williamson tobacco firm explained, “doubt is our product, since it is the best means of competing with the ‘body of fact’ that exists in the minds of the general public.” The tobacco lobby did not have to scientifically prove that nicotine was non-addictive and non-carcinogenic, as they could instead obfuscate the issue by casting doubt on what was and was not fact, thereby making it extremely difficult to reach a public consensus on what should have been common knowledge. The science was inconclusive, the firms argued, as was the matter of who should bear responsibility for a public that chose to smoke. Their strategy was extremely successful, such that the tobacco lobby was undefeated in court for almost four decades.

To break that trend, explains Roberta Walburn, a key litigator in the breakthrough 1994 State of Minnesota and Blue Cross and Blue Shield of Minnesota v. Philip Morris et al. case, her team prioritized using legal discovery to uncover Philip Morris’ internal documents and bring them into the public domain. In her words, the prosecution could argue to the court that “you don’t have to believe us or our experts; just look at the companies’ own words.”

As has been discussed, companies like Exxon have pursued a similar approach towards climate science, emphasising and encouraging public doubt that is out of line with their own internal research. A recent Harvard study found that from 1977 to 2014, 83 percent of Exxon’s peer-reviewed scientific papers acknowledged that climate change is real and human-caused, while 81 percent of its public advertorials assumed a “doubt” stance on its reality. To combat these disinformation efforts, climate litigators should do precisely what has been done thus far in People of the State of New York v. Exxon Mobil Corp – namely, pursuing internal documentation that runs counter to Exxon’s public stance. As with the tobacco regulation effort, use of the company’s own reports and statistics makes it appreciably more difficult for Exxon to cast doubt on the points of the prosecution, as they would essentially be dismissing their own words.

More widely, the State’s tactics are worth noting as they seize on a key factor of the precedent set by the tobacco cases, namely the importance of actually winning. The tobacco lobby seemed insurmountable due to their immense resources, their level of public influence, and the staggering momentum they maintained throughout the decades leading up to the 1990’s. To open the way to government regulation, the anti-tobacco camp first had to put their foot in the door by proving that the big firms could be beaten in court. This was accomplished through fighting smart in cases that could feasibly be won. As has been explained, the current New York case works towards a similar end, taking on Exxon in a highly empirical and highly focused arena. Should the State be successful, the precedent would then theoretically be set for similar suits, followed by more ambitious ones, and, potentially, government regulation.

Substantial progress against substantial odds requires not just facts but a winning narrative. The illegality and culpability of the tobacco firms’ marketing practices was for considerable time deemed impossible to maintain in court. Over time, however, this line of thinking was reversed as companies were found guilty first in individual lawsuits and later in actual racketeering cases which invoked the RICO Act (Racketeer Influenced and Corrupt Organizations) to cast a wider net, culminating in broad regulations. Based on Exxon’s uncovered documents, it seems entirely possible that a similar progression could take place against energy companies like it.

Lawsuits may never topple non-renewable energy dependency on their own, but they can make large-scale carbon producers hurt where it counts and reconsider the extent to which they act with impunity while also establishing an important legal precedent. More importantly, however, lawsuits that are not just ethical but economical depict reliance on unfettered carbon production as a financial loser. Large energy companies are currently untouchable, but a series of state- and federal-level legal body blows in the U.S. and abroad would make the public rethink the notion that traditional energy is the economically safe play – particularly seeing that the companies themselves have noted the already-felt economic ramifications of their production models. Proxy cost-based investor lawsuits may seem insignificant in the face of climate change, but as with tobacco control they could very well prove to be the first in a series of steps that leads to monumental – and desperately needed – reforms.