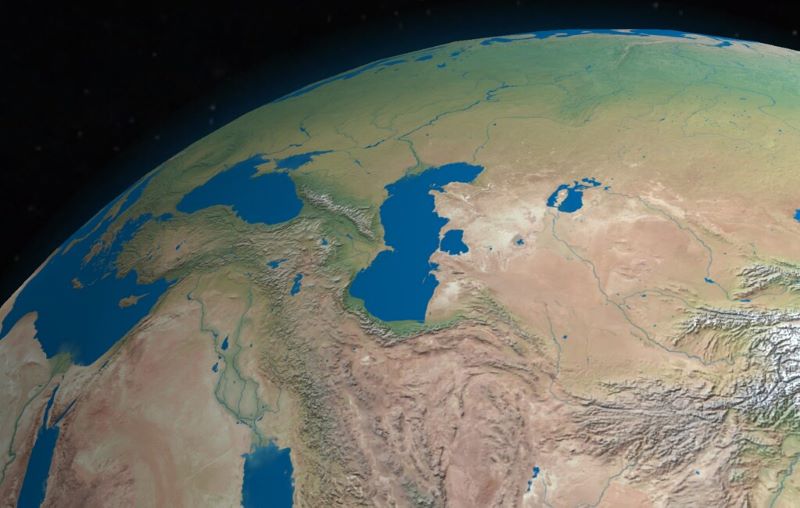 Diplomatic momentum is gaining on all fronts in favor of the  Trans-Caspian Gas Pipeline (TCGP) between Turkmenistan and Azerbaijan. Both Russian and American diplomats tacitly agree that this is a positive development. Thus last week the new U.S. Ambassador to Georgia (and former Ambassador to Azerbaijan) Ross Wilson publicly stated that “transport projects implemented jointly by Azerbaijan and Georgia, along with the development of the region, are important for the energy security of Europe, as well as for the integration of Europe and Asia.” These transport projects include not only the South Caucasus Pipeline (SCP) and Trans-Anatolian Natural Gas Pipeline (TANAP) but also the TCGP.

Even though talks between Russia and Turkmenistan on new gas sales have been blocked by Turkmenistan’s insistence on far-reaching large-scale agreements whereas Russia wants to negotiation only small amounts and short-term contracts, nevertheless Russia’s Foreign Minister Sergei Lavrov, positively evaluated Turkmenistan’s initiative for an all-Caspian economic cooperation summit, now provisionally scheduled for August in the port of Turkmenbashi.

Turkmenistan’s President Gurbanguly Berdimuhamedov had suggested such a meeting already at the Aktau, Kazakhstan, summit last August, where the Convention on the Legal Status of the Caspian Sea was signed after more than 20 years of negotiation. (The first meeting of experts targeted at the Convention’s implementation has been announced to take place in Baku in February.)

“We fully support the initiative of convening an economic forum,” Lavrov was quoted as saying on February 6 while visiting the region. “This is an innovative approach. Turkmenistan is one of the main initiators of strengthening the legal framework in the Caspian Sea.”

The situation around the Caspian Sea has changed over the past several years. Not only Chinese influence has grown in Turkmenistan and Kazakhstan, but also Iranian influence has not diminished. Uzbekistan, following the death of President Islam Karimov in September 2016, has also entered a stage finding itself in fluid geopolitical environment.

At the same time, Moscow is offering to act as a guarantor for Turkmenistan’s security. This is a sensitive matter, due to Turkmenistan’s policy doctrine of nonalignment. It would be very expensive for Russia to purchase Turkmenistan’s loyalty in any formal way. It would cost large of the security for nonaligned Turkmenistan. The country surely needs loans for food, also commodity loans, preferably at no interest.

An extremely important article in the Russian newspaper Vestnik Kavkaza makes it clear that Russia is posing no obstacles to TCGP construction. This article, published in early February, was written by Viktoriia Panfilova, a columnist for the newspaper Nezavisimaya gazeta, which is connected with Vestnik Kavkaza. The latter newspaper commissioned her as a “special correspondent” to visit the Caspian region and report on it.

Panfilova is a highly qualified analysis, and the designation “special correspondent” (SpetsKorr) has a particular significance in the Russian media landscape. A spetskorr is someone approved by the newspaper’s editorial board to travel to observe an evolving situation and give his or her independent and qualified view of that situation from doing work “in the field”.

Still more significant is the fact that the owner and editor-in-chief of Nezavisimaya gazeta, Konstantin Remchukov, has access to the highest levels of the Kremlin. Remchukov was connected with economic  reformers 10 years ago when he took over Nezavisimaya gazeta but that has changed since then, and he has disappointed his one-time supporters by becoming a firm pro-Putin media voice.

In her article, after discussing other possibilities for Turkmenistan’s gas exports, Panfilova straightforwardly states: “The European direction should be next.” This can only mean the TCGP. “This intention,” she continues, “coincides with the plans of Brussels, which expects an increase in gas supplies through the Southern Gas Corridor, which currently exports Azerbaijani gas. To implement these plans, it is necessary to connect Turkmenistan to the Southern Gas Corridor.”

She then comes to the point and states it explicitly and objectively: “This can be done by building the Trans-Caspian gas pipeline.” From a Russian voice, this is as close to an outright endorsement that we can expect to hear.

Panfilova then notes that the EBRD delegation led by its Managing Director for Central Asia Bruno Balvanera visited Ashgabat on January 31, at the same time as the EU Special Representative for Central Asia Peter Burian also visited Turkmenistan.

Taking the TCGP almost as a fait accompli, she states simply: “The project is most likely to be funded by the European Bank for Reconstruction and Development (EBRD).” At the same time she mentions that the EU will soon open an office in Ashgabat, continuing the “high dynamics of the development of relations between Ashgabat and Brussels, based on dozens of joint projects and programs already implemented and those in progress.”

One is justified in believing that Russia would even welcome the TCGP as a way to diminish Chinese and Iranian influence in Turkmenistan and in the regional generally.