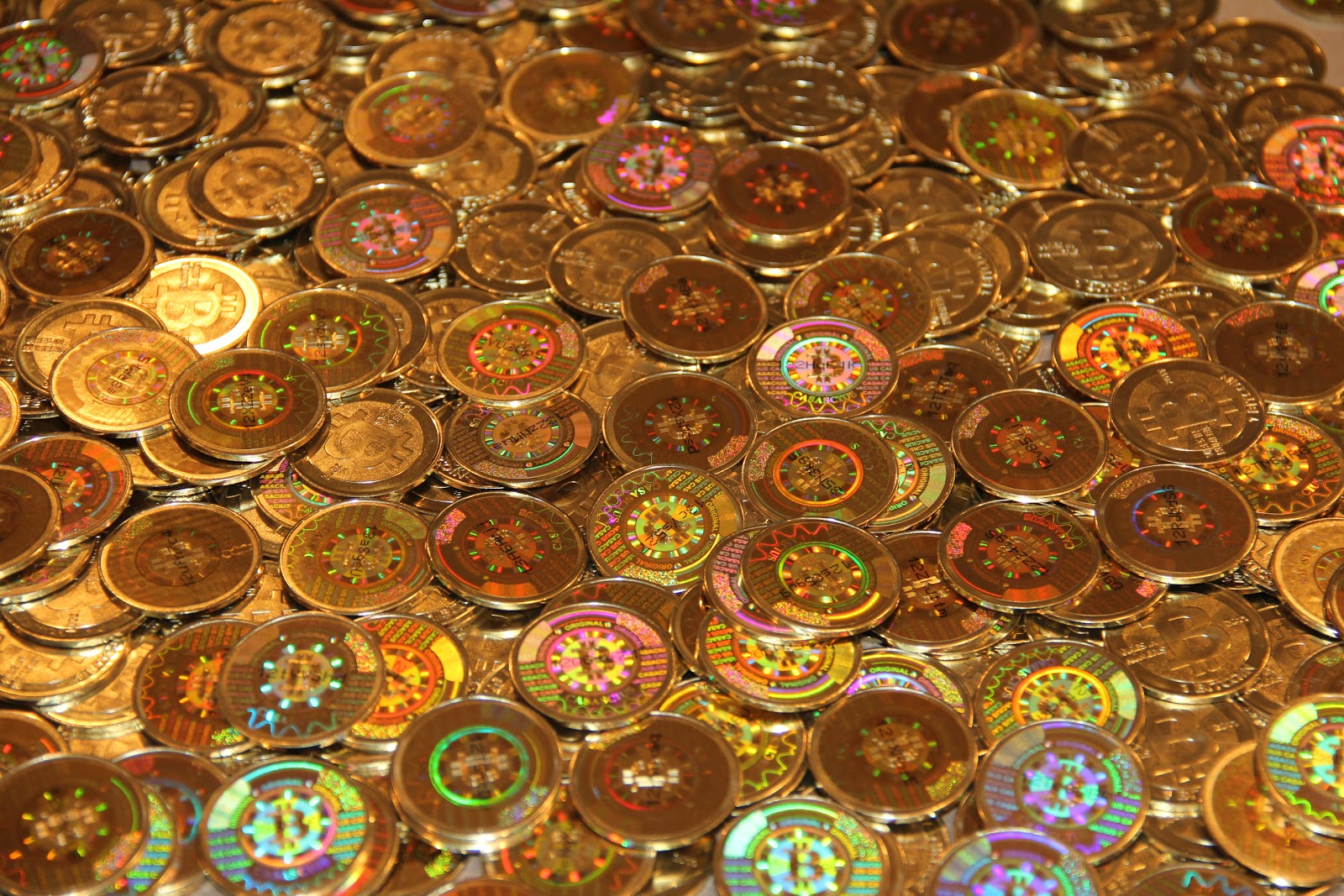 Recent events have brought all things virtual to the forefront of government concerns: cybersecurity, cyberlaw, hacktivism, and even cybercurrencies. It is the latter that receives the least public attention but has the potential to create substantial economic ripples if unmonitored. Currently, the largest and most economically significant virtual currency is Bitcoin with yearly transaction volumes of about $2 billion.

Bitcoin is a fast-growing form of electronic cash system that is completely decentralized in supply and management. Satoshi Nakamoto, an unknown entity, programmed the Bitcoin structure and released it as open source code in January 2009.

Largely based on the gold standard, Bitcoin returns to the principle of scarcity and limited supply. Like gold, it is beholden to no government or particular entity (unlike Facebook credits or the Chinese QQ credits). Its peer-to-peer (P2P) system eliminates transaction costs and enables users to trade with each other directly. In other words, financial intermediaries become unnecessary and impractical. Dealings are also largely anonymous and only require a Bitcoin address that is generated randomly.

How a transaction works:

Suppose John is selling Alpaca socks, which Susie wants to buy. Each person, such as Susie or John, has a digital wallet that holds Bitcoins, similar to online banking systems. Their wallet contains one or more addresses each with a pair of public and private keys: only the user with the private key can sign a transaction to give some of their Bitcoins to somebody else.

For Susie to pay John, he has to send her a Bitcoin address. Susie then adds John’s address to a ‘transaction message’ and signs the transaction with her private key. The Bitcoin system then takes over: it announces her public key and verifies her signature. If approved, the network makes the transaction public and valid. Once the Bitcoins get to John’s wallet, which will only take a few minutes, the sale is complete.

The Economic Back-end of Bitcoin:

Projected Bitcoin supply per year until 2033, according to the programmed growth.

The Bitcoin supply is completely decentralized and outside the control of governments or any groups: the public code allows any user to ‘mine’ for coins at the cost of time, computer power and electricity. The open nature of this process, the international access that the Internet allows, and the relatively low barriers of entry in an increasingly tech-savvy society prevent any single entity from gaining any significant of control over Bitcoin supply.

According to the programming parameters, the rate at which users can mine Bitcoins will diminish geometrically with a 50% decrease every four years until supply reaches 21 million. At that point, growth will halt and miners are to finance themselves with transaction fees. It follows that monetary growth is always predictable and measured, and expectations are relatively constant.

Monetary policy becomes impossible when issuing money is not the domain of a subgroup. There is no central bank to determine interest rates or set inflation targets. Decentralization also eliminates the risk that a government will devalue, fix or peg the currency. Bitcoin has a perfectly floating exchange rate: it varies in perfect response to demand and supply of the currency.

Even though banks are obsolete as transaction intermediaries in the Bitcoin economy, other financial services are still applicable. The money market is complex and profitable, comprised of entities that lend, offer interest, and even deal with futures and equities. The lack of monetary policy and control over issuance substantially reduces frictions in credit and investment markets since supply and demand determine the optimal equilibrium without interference.

Is it even money?

Bitcoins are mere binary code and therefore have no intrinsic value, driving some to argue that it should not be considered money at all. Basic economic theory approaches money differently. By definition, it is: 1) a unit of account, 2) a means of exchange, and 3) a store of value. Bitcoin meets all three requirements sufficiently well, even if the last is, at times, questionable.

In many aspects, Bitcoin overcomes the economic difficulty of asymmetry of information. The exact amount of Bitcoins in circulation can be tracked by the second and the mining rate can be monitored and predicted. Every transaction is public and therefore accessible instantaneously, so transaction volumes per hour, per day and per year can be calculated with no error margin. Volume is an important indicator of the size of a growing economy. 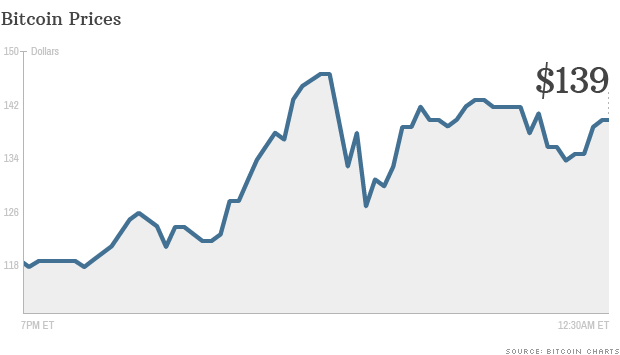 Bitcoin exchange rates can vary wildly, even over a few hours. The graph shows the rate in US terms for April 3, 2013

A limited supply may ward off inflation, but if added to an exponential increase of users it will result in deflation if the velocity of money does not grow accordingly. These factors will create higher Bitcoin value and a depreciation of goods and services that can be bought in Bitcoins.

Bitcoin is too new. Lack of confidence of users, low transaction volumes, lack of legal certainty, speculation, and potential cyberattacks make Bitcoin very illiquid relative to the national currency and its value very unstable. Considering its lack of intrinsic value, Bitcoin’s extreme volatility compromises its role as unit of account and therefore its worth as a currency.

Why should central banks care?

The Bitcoin economy is just evolving and relatively small, but the financial institutions of major countries such as the Canada Revenue Agency, US Federal Reserve and the EU have taken notice. The European Central Bank (ECB) recently published a paper in which it assessed the risks of virtual currency. Among the main concerns are:

There is more money!

A new currency means more money in circulation. While the limited supply stabilizes some of the extra money, and a substantial number of users buy into Bitcoin with national money, the balance does not net out. Exchange rates also play an important role: the impact of the virtual money supply on ‘real’ currency must be assessed in terms of the latter. And so, exchange rates that fluctuate wildly will make the amount of ‘real’ money held in Bitcoin and its impact upon national economies unpredictable.

‘Real’ money will slow down:

The velocity of money is a measure of how often a currency is spent to buy goods and services in the economy. If Bitcoin’s user base increases significantly, the national currencies will slow down. People and businesses will favour Bitcoin because of its barely-there transaction costs, its speed and its anonymity, causing people to use cash and even credit less often.

Monetary policies such as inflation targets and interest rates are largely used as economic signals to investors, customers, and other governments. Bitcoin erodes this power. Users can spend their money not only on virtual items but also in the ‘real’ economy, making Bitcoin a substitute and direct competitor of national currencies. The mere existence of a substitute immediately reduces the effectiveness of monetary policy and its transmission through the economy. Economists Peng and Sun even argue that substantial Bitcoin growth would crowd out real cash.

The existence of an uncontrolled virtual currency also distorts aggregate variables, among them GDP, GNP, per capita variables, etc. Even if governments decide to account for virtual holdings in these measurements, the anonymous nature of assets and their volatility relative to the national currency would make the task impossible.

Bitcoin has split the opinions of analysts. Some say that, given time, it will transform the monetary system the way the Internet reinvented letter mail and publishing. More conservative minds maintain that it is insignificant in relation to the world economy and is no more than a financially risky pastime for techies. Whatever the final result, Bitcoin warrants monitoring. Even if it is not here to stay, the possibility virtual decentralized money was discovered and the precedent it sets is momentous. The potential implications for the practice of monetary policy are concerning and it already challenges to long-held tenets of economic theory.