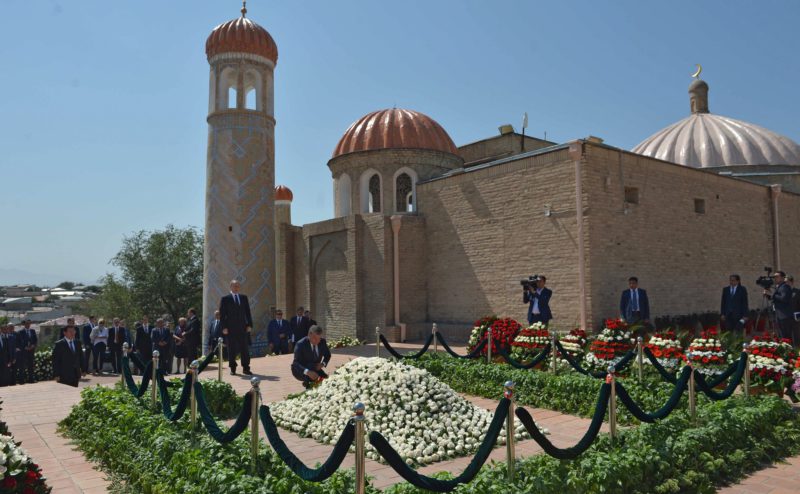 After days of suppressed information concerning his stroke, the long-time authoritarian President of Uzbekistan Islam Karimov died on September 2, 2016. His death ushered in unprecedented questions for the Central Asian republic as Karimov was the sole head of state known to Uzbek citizens during their twenty-five years of independence from the Soviet Union. Analysts wondered who would be elevated to the role of president, but also whether the transition would be a smooth one. During this period of uncertainty, it is apparent that Uzbekistan is in the political limelight of Central Asia and its political security will affect regional stability.

According to the Uzbek constitution, the chairman of the Senate Nigmatilla Yuldashev was marked as the next in line to assume power until the elections on December 4th. However, Yuldashev declined this opportunity and Shavkat Mirziyoyev, the Prime Minister since 2003, emerged as interim president. Mirziyoyev has been described as exhibiting a similar governing style as Karimov, so it is fair to assume that the political elite of Uzbekistan prefer a legacy of stability over political change.

Since his installment as president, Mirziyoyev has travelled across the various regions of Uzbekistan and made lofty promises to improve infrastructure and the standard of living for average Uzbeks. Additionally, he has pursued improved diplomatic relations with regional neighbours Kazakhstan, Kyrgyzstan and Tajikistan. On September 6, 2016, Russian President Vladimir Putin made an official visit to Samarkand, Uzbekistan, not only to convey his condolences over Karimov’s death, but also to meet with Mirziyoyev. Each of these actions is an important indicator of the direction of the new government of Uzbekistan.

It appears that Mirziyoyev will enter the presidential race as the favoured contender. He must raise his public image with the average Uzbek citizen, and create a semblance of a strong leader who is capable of fitting his predecessor’s reputation. The post-independence Uzbek political system was Karimov’s creation and he was the living representation of it. Furthermore, the development of closer relations with Central Asian neighbours illustrates that Tashkent recognizes that regional stability is more important than geopolitical squabbles when it comes to security and trade. Additionally, Mirziyoyev’s meeting with Putin demonstrates that Russia will continue to pursue Uzbekistan in its sphere of influence, especially during this period of transition. This aligns well with Mirziyoyev’s pro-Russian stance and relationships with powerful Russian oligarchs. While Mirziyoyev’s leadership style may reveal its authoritarian leanings over time, it is apparent that these early days of a new Uzbek government indicate a desire to relax Karimov’s preferred isolationist policies.

Liberal governments and international organizations had hoped that Uzbekistan would use the end of Karimov’s dictatorial leadership to evolve into a democratic system. The embrace of democratic principles would repair the Uzbek image abroad and present even greater opportunities for the Central Asian state to continue its rise out of poverty, be an important regional player and modernize. This notion was rejected in favor of stability. Besides the rudimentary democratic reforms in Kyrgyzstan, democratic forms of government in Central Asia are basically unknown. Uzbekistan lacks an established regional model to follow if it were to shift its political system away from an authoritarian “president for life” power structure to a representative arrangement.

At the same time, the role of Uzbek president has not been immune to difficulties as well. While Mirziyoyev engaged in making assurances across the country and building his public persona, it was revealed that he would share the powers of his office with two other individuals; security services chief Rustam Inoyatov and deputy prime minister/finance minister Rustam Azimov. Though Mirziyoyev will retain his official title, he must share decision-making power with Inoyatov and Azimov. This arrangement is the result of ongoing differences between clans and their inability to settle on the selection of one plausible Karimov successor. As a result, the office of president may experience the most instability as expected from the beginning of the transition. Observers are left speculating which man will emerge as the sole leader to consolidate power.

The political situation in Uzbekistan will be intriguing for the immediate future, but once the shock of Karimov’s death settles, politics will return to business as usual. Not only have the Uzbek political elite chosen a presidential replacement who exhibits a ruling style similar to Karimov, they have decided to retain the established political system characteristic of the former leader as well. For these reasons, Mirziyoyev is pegged to be victorious in the December elections and since presidential contests are hardly free and fair in Uzbekistan, the world should come to know the interim president as the official head of state now. The real question of Uzbekistan’s new political era will be if the new president accepts the limits of his political position, or follows Karimov’s “president for life” term limits and absolute style of governance.