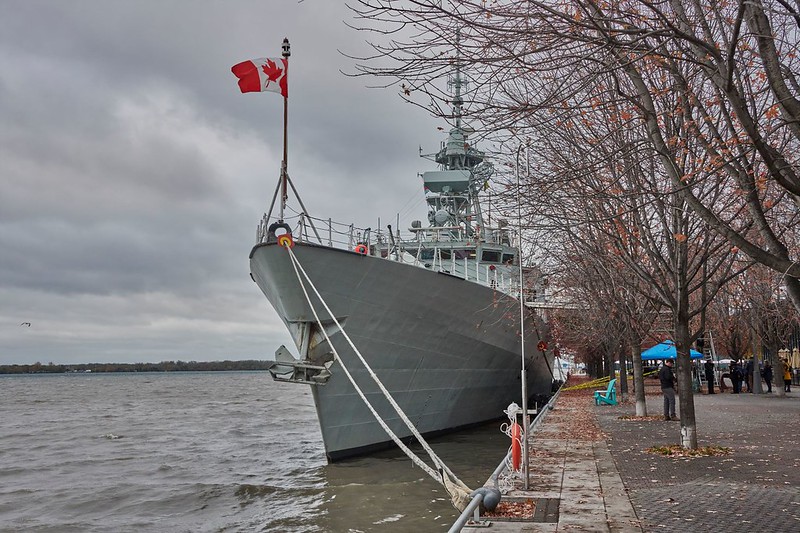 On October 15, 2019, the NAOC hosted an event aboard the St. Johns and highlighted the NATO missions and exercises undertaken by the St. Johns since her commissioning in 1995. The evening included a tour of the St. Johns, followed by a networking session where attendees enjoyed catered food and beverages.

During the event, a commemorative plaque was handed to the St. John’s Captain, who then thanked the NATO Association. Both the Captain and the Commander of the Royal Canadian Navy made speeches highlighting the value of NATO and how Canada has always been an integral part of NATO, striving to maintain the rules-based international order.