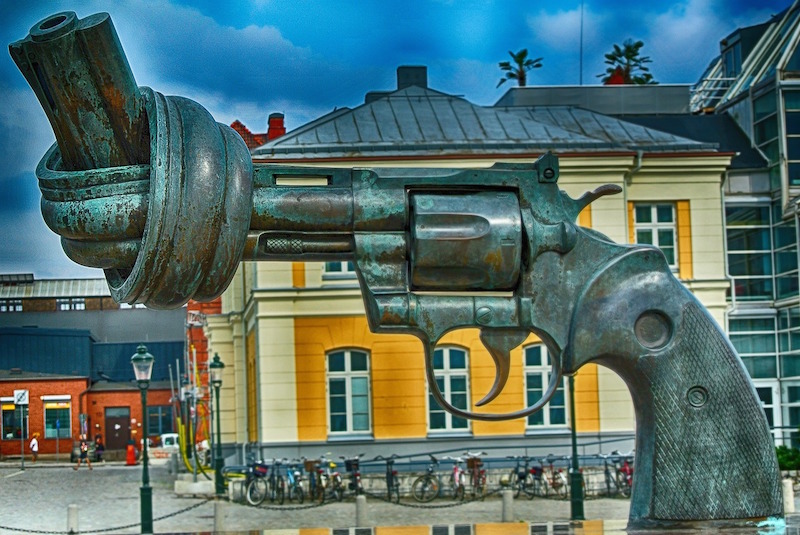 U.S. President Donald Trump’s recent comments after watching a Fox News segment claiming higher crime rates are linked to the surge of immigrants and a terrorist attack in Sweden that never happened the night before his comments, has raised a lot of public questions and reactions. For one, former Swedish Prime Minister Carl Bildt addressed Trump’s comments on the terrorist attack tweeting “Sweden? Attack? What has he been smoking? Questions abound.” However, shortly after Trump’s comments, riots erupted in the immigrant suburb of Rinkeby in Stockholm where cars were lit ablaze and shops had smashed in windows. This has raised an interesting set of questions. Despite Sweden having a reputation around the world as being a role model socialist-democratic welfare state that is safe, multicultural, high equality, and overall high standard of living, did Trump’s comments trigger underlying tensions that had previously existed?

According to the Swedish Migration Agency, 163,000 people sought asylum in Sweden in 2015 amidst the migrant crisis, which took Europe by surprise. Sweden had let in more refugees per capita than any other country in Europe during the migrant crisis, which has resulted in growing tensions and concerns within the country. Sweden has struggled to accommodate and integrate this drastic influx of migrants by accepting roughly 55% of claims. The country released a plan in summer of 2016 that it would deport 80,000 migrants due to the nearly unmanageable task to find housing and employment for the mass number of migrants. Sweden has taken other measures such as border controls on the Oresund Bridge to Denmark and has been offering migrants £3500 each to go home. These actions by the Swedish government have caused some concern in Swedish society with 40% of Swedes worrying about failing schools, joblessness, and welfare.

Even though there have been rising tensions in Sweden as a result of the influx of migrants, has there been an increase in crime the way Trump portrayed it? It can be difficult to measure if migrants are more likely to commit crimes than the native Swedish population, as Sweden does not release information on the race or ethnicity of criminals. Historically however, immigrants are known for higher crime rates than native-born Swedes when controlling for income. Large immigrant communities in Sweden like Malmo’s Rosengard or Stockholm’s Rinkeby are notoriously known for higher crime rates, but have not led to a drastic increase in national crime.

Sweden has only had a slight increase in crime from 2014 to 2015, making it inconclusive (and probably unfair) to hold the large number of asylum seekers that Sweden took in responsible for the increase. In fact, according to government sites, assaults have been decreasing and shortly after Trump’s statement the Swedish government was quick to point out that the homicide rate in Sweden is lower now, than in 1990 falling from 1.3 to 1.1 per 100,000 people.

The one violent crime that is heavily discussed in Sweden is rape. Sexual offences have been on the rise to the point that the third largest city in Sweden, Malmo has been deemed “the rape capital of Europe.” This has been attributable to a few reasons. Laws on rape are tougher in Sweden than other countries and the change to sex crime legislation in 2005, making the legal definition of rape broader. For example, if a woman were to go to the police and report that her husband raped her everyday for a year, the police would record each of those events compared to many other countries who would record the crime just once. This led to a higher number of reported rapes. However when the law changed in 2005 the number of people seeking asylum actually decreased in 2005 from the year before. Blaming the increase of rapes during this year on immigrants is not reasonable. Another example that proves there isn’t a correlation between number of asylum seekers and rapes is that Malmo experienced the highest reports of rape in 2008, 2010, and 2011, well before the mass influx of asylum seekers in 2015 and 2016, and in fact rapes decreased in 2015 in most major municipalities. This shows that there is not a strong correlation between high number of refugees and rapes.

There is no doubt that Sweden, just like any other multicultural country, has had problems, particularly in immigrant communities. However, as Sweden has become more and more multicultural the level of crime has not changed drastically enough to conclude that asylum seekers are responsible. That is not to say that Trump didn’t trigger underlying tensions in these communities leading to recent riots, but Sweden is definitely not the crime stricken place portrayed in many media outlets.

Photo: Non-violence art in Malmo (2013), by susisorglos via Pixabay. Licensed under CC0 1.0