The start of 2014 has proved to be a winter of discontent across the world. In the Middle East, Syria continues to violently implode, and Europe is seeing friction between Ukraine and Russia come perilously close to ignition. Alongside these immediate international crises is another, with the potential to reverberate throughout the world: the recent wave of anti-government activity in Venezuela. Ever since the late President Hugo Chávez first took power in 1999, the wealthy and middle-class who had previously enjoyed unparalleled influence in the country became his staunchest enemies, with a history of attempting to reclaim power whenever possible.

In 2002 Pedro Carmona, then-chairman of the Venezuela Chamber of Commerce, led demonstrations against the government and managed to seize power for just under two days, after which Chávez was reinstated through support from poorer Venezuelans and certain factions of the military. They then turned to more democratic means by staging a recall election in 2004, although that effort also resulted in failure. The fact that most of the current protests are happening in the affluent areas of the city as opposed to the slums or poorer neighbourhoods implies the continuation of the divide between the rich and poor that has plagued Venezuela for decades. The current unrest appears to be caused by an opposition well-established against the socialist ideology of the Chavismo government.

Since the death of Chávez in March 2013, tensions between the ruling Partido Socialista Unido de Venezuela and the right-leaning opposition movement have been simmering with increasing intensity, apparently reaching boiling point in February with a series of protests and violent clashes. Already thirty-six people have lost their lives, but restrictions on local and foreign journalists and an automatic hostility towards the West makes it difficult for the international community to fully understand the scale and impact of the demonstrations.

The grievances of the protesters seem to be focussed around a lack of access to basic supplies including bread and milk, due to the high rate of inflation and flat-lining wages. Currently, the official annual inflation rate is over 56%, but jumps to 266% when the country’s burgeoning black market is taken into consideration. In addition, there have been concerns over corruption and the rampant spread of crime, with Venezuela having one of the highest rates of kidnapping and murder in the world. 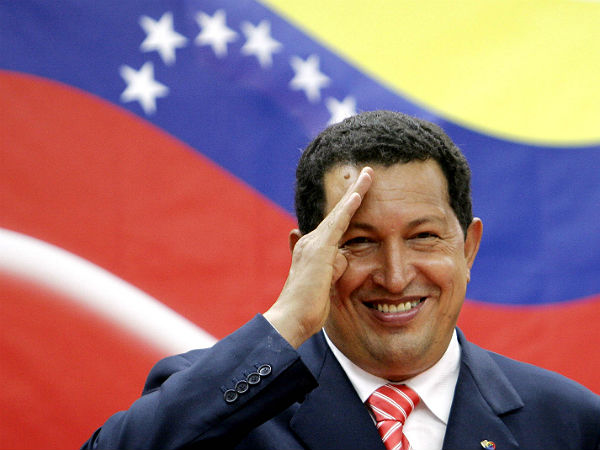 In theory, few countries were as well-placed as Venezuela to create the socialist utopia envisaged by Chávez and his supporters, as it has one of the largest reserves of fossil fuels on the planet. As a result, it is of great importance to the world economy, particularly to Canada, which is looking to increase its own oil production and exports. Despite significant natural resources, Venezuela has been unable to stabilise its economy over the past decade. When the new regime took power in 1999, their plan was to use the country’s vast oil wealth to fund social and infrastructure programs, and that is exactly what they did, providing pensions and new education initiatives.

However, this also resulted in a lack of investment in the oil industry, with its infrastructure crumbling and workers experiencing stagnating wages and poor conditions. Because of this, oil production has slumped considerably, contracting from 3.2 million barrels a day to 2.9 million since 2005, and the country’s trade deals with other left-wing Latin American regimes such as Cuba often devalue their most valuable natural resource. Cuba receives a 40% discount on oil from Venezuela, which in 2005 equated to 20,000-26,000 free barrels of oil per day, purportedly costing between $6-8 billion between 2000 and 2020. This may strengthen a regional alliance and give Venezuelan citizens access to Cuban healthcare facilities, but it also serves to divert more funds from industry infrastructure.

The energy policies of the government have also had a major impact on the global oil market. Under Chávez, the state-run oil producer Pertoleas de Venezuela Sociedad Anonima was renationalised, and international energy corporations were met with hostility. Subsequently, these companies have invested a considerable amount of resources in exploring other sources of fossil fuels, including the bitumen tar sands of Alberta, Canada. This is in part to fuel huge demand from the USA, one of the largest customers of OPEC, an organisation of oil producing states which Venezuela helped to found. Venezuela’s lacklustre oil production rate has left a hole in supply which Canada, through its Keystone XL pipeline and other ventures, is looking to fill. If Canada continues at its present rate of growth, it could be the world’s second largest producer of petroleum by 2050.

The protests are therefore of economic concern to Canada, as a change of government or even just a shift to an inclusive energy policy would have a huge impact on the global oil industry, in which Canada is an ever-increasingly important player. In order to accurately predict the future course of this industry, and subsequently plan any necessary actions, Canada must pay very close attention to the situation in Venezuela.

Maura McKeon
Maura is an undergraduate student at Homerton College, Cambridge. She is currently in her second year reading for a BA in Anglo-Saxon, Norse and Celtic, and is catering officer for her course society. When not studying for her degree, Maura is somewhat addicted to international current affairs, particularly with regard to energy policy and the search for renewable sources. She also takes a keen interest in women’s and LGBT rights, and in the protection and recovery of historical artifacts in volatile regions, unsurprising given her choice of degree. She has previously blogged for The Nation magazine concerning political developments in her native Great Britain.

The Price of Freedom: Economic Implications of Catalonian Independence

Using Oil as Political Currency: What ISIL’s Capture of the Baiji Oil Refinery Means for Iraq