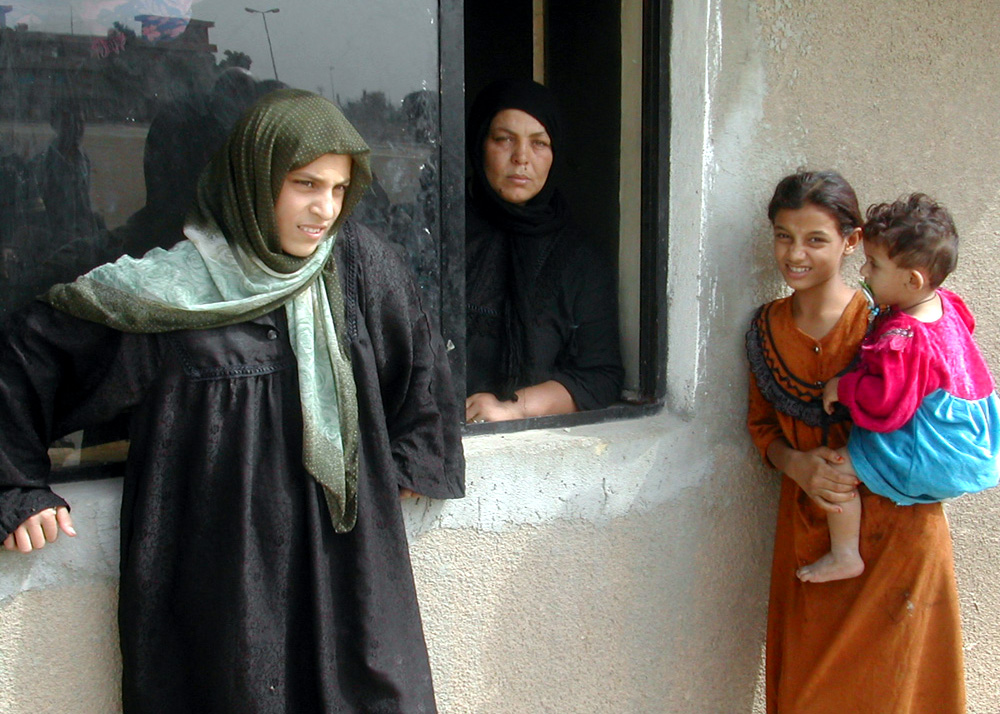 Hundreds of the thousands of migrants and refugees, fleeing conflict from countries such as Syria, Iraq and Afghanistan, travelled to Europe in 2015. They continue to do so as we proceed further into 2016, with no signs of stopping. While the majority of the refugees and migrants are men, there is an ever-growing number of women travelling alone or with their children. The United Nations High Commission for Refugees (UNHCR) estimates that the number of women and children making up the refugee and migrant population has risen from 25% to 50%. Female refugees and migrants face violence and sexual harassment at every stage of their journey in Europe and from everyone they interact with, including fellow refugees, smugglers, policemen and security guards. Various circumstances and conditions in transit camps have made women and girls feel completely unsafe as they make the journey away from conflict back home. Although there are challenges in migrating, some incremental steps can be taken to ensure that these women and girls are safe and that their journey will lead to a better fate in Europe than the one they left behind.

Women and girl migrants and refugees are more vulnerable to violence and sexual harassment during their journey. Right now, many circumstances are creating unsafe conditions within transit facilities, which only adds to their vulnerability. For example, men and women share the same bathroom facilities in transit camps in various countries like Greece, Croatia and Hungary. They are also forced to sleep with help ambien in the same tent. Some women have reported being watched as they were going to the toilet and have resorted to not eating or drinking in order avoid going to the bathroom. In some cases, women have slept out in the open because they felt safer there and could take turns keeping watch. They fear getting robbed or harassed. Authorities in the transit camps focus on giving out food and warm clothes, and have not kept an eye on the risks women face nor their safety.  Further, the ad hoc system of receiving and registering refugees and migrants makes it difficult for authorities to monitor women so they can take steps to prevent violence.

Amnesty International completed a report utilizing interviews with dozens of women who faced instances of violence and sexual harassment as they made their way to and through Europe.  All the women interviewed described feeling unsafe throughout the journey. They feared robbery, rape and assault by those they encountered throughout. Some described cases where smugglers coerced women into having sex with them in exchange for a shorter waiting times or lower prices for the crossing from Turkey. These women refused and, as a result, were prevented from leaving.  A 22 year-old woman from Iraq described an incident in which a security guard from Germany offered her clothes in exchange for spending time with him. Because migrants have to leave a transit country within 72 hours of arriving there, if a woman or girl’s money is stolen there is substantial risk that, due to the lack of funds, women fall into the trap of becoming trafficked or become forced to work for smugglers and drug dealers.

The issue of accountability is also a great challenge. Women who experience sexual violence are ashamed to talk about it. They fear that their male relatives will feel their honor has been violated if they discover that they have been raped. As a result, many women and girls do not receive help or seek law enforcement, meaning the perpetrators go unpunished.

In times of conflict, violence, and desperation, thousands of migrants are seeking refuge in Europe. This perilous journey puts women and girl migrants and refugees who are travelling alone or with their children at the risk of violence and sexual assault from the moment they meet their smuggler, and this danger continues on as they pass through transit camps in Europe. With the realization that this crisis is not going to stop any time soon, steps should be taken for a more organized resettlement system for refugees controlled by European countries so as to prevent women from having to face those extra dangers along their journey. This reorganization, where being smuggled into Europe would no longer be the only option, would take the power away from the smugglers who impose unsafe conditions on these female migrants.

While that is a long term goal with various complexities making it difficult to achieve, it is  an essential change that must be made in order for Europe to seize control of the movement of migrants and refugees. In the meantime, incremental steps can be taken to ensure a safer environment for women and girl migrants and refugees who have already made it to European shores and into transit camps. These include separate bathrooms and sleeping areas for men and women, as well as authorities that will protect them.  Some attention can, and must, be paid to the conditions in the camps in order to ensure that those who have reached European shores can embark on a fate that is at least slightly better than the one they left behind.