Last month’s announcement of India’s national budget found the country increasing its defense expenditure by 19% with 40% delegated for capital acquisitions. This has put India’s defense spending at the comparatively high figure of approximately $38.5-billion USD. The spending increase comes in the wake of news that in late January, India awarded an almost $2-billion contract to French company Dassault Aviation to supply its air force with 126 Rafale fighter jets, making India the largest buyer of weapons among emerging economies. This deal and the overall hike in defense spending are expected to help bolster the domestic defense economy, as most of the development and production of new arms will take place inIndia. At present, India’s defense industry is only able to supply 30% of arms required for its national defense services, resulting in most of its weapons systems being imported. To rectify this, local arms production has been set as a pre-condition to future defense contracts with international partners.

India’s recent increases in defense expenditure also solidify the nation’s position as a major economic power thanks to its growing GDP and purchasing power parity. However, the Observer Research Foundation’s Deba Mohanty claims that there is still much to be put in order politically if countries such as India wish to play a major role in global strategic affairs. Mohanty states that “apart from the robust economic power India is gaining of late, it needs to build up its other capacities as well, especially its military capacity, which will always be the hard component of any nation’s power.” India has cause for concern, as most great powers possess the means to produce their own equipment and defense services in house, which India has long failed to do independently. Many security analysts remain unsure if power dynamics are truly shifting in India’s favour, arguing that the nation has a plethora of steps to take before playing a major role in strategic affairs. As Mohanty claims, “it is in fact too early to put India on the level of a big global player at the moment.”

Nevertheless, India is sure to impact the global defense industry’s movements as the nation attempts to increasingly diversify its sources of supply. Given the cutbacks suffered by Western defence budgets, India is seen as an increasingly attractive arms market due to its growing procurement budget. It is apparent, therefore, that India will have an impact on all aspects of the global defense industry in years to come.

Another shift in the economies of rising powers follows the Brazilian model of state collaboration with local defence contractors in order to boost domestic industry. India is attempting to take the same approach by opening up its defense sector to private companies. This represents a significant shift in the nation’s defense policy structure.  For the past 50 years, India has failed to achieve its goal of an autarchic political model as originally conceptualized by its first Prime Minister, Jawaharlal Nehru. This is largely due to the fact that India lacked the starting capital and economic prowess originally to function as an entirely autarchic state. In fact, for the past five decades the opposite has been true, as state companies were not responsible for meeting the demands of the military and were barred access to resources that would help them build innovative defense technologies at home. Therefore, the bulk of Indian military production was done by Western and Russian companies. This began to change following India’s market-based economic reforms in 1991, as India became one of the fastest growing major economies and began to open up its defense sector. The opening of its defense sector unleashed a huge untapped potential for the nation’s private sector and foreign manufacturers alike. At the same time, critics such as Indian Commodore (Ret’d) C Uday Bhaskar, also claim that “this shift in Indian policy was also somewhat of a Pandora’s Box,” as it while it created many opportunities it also gave rise to many challenges for the Indian state. 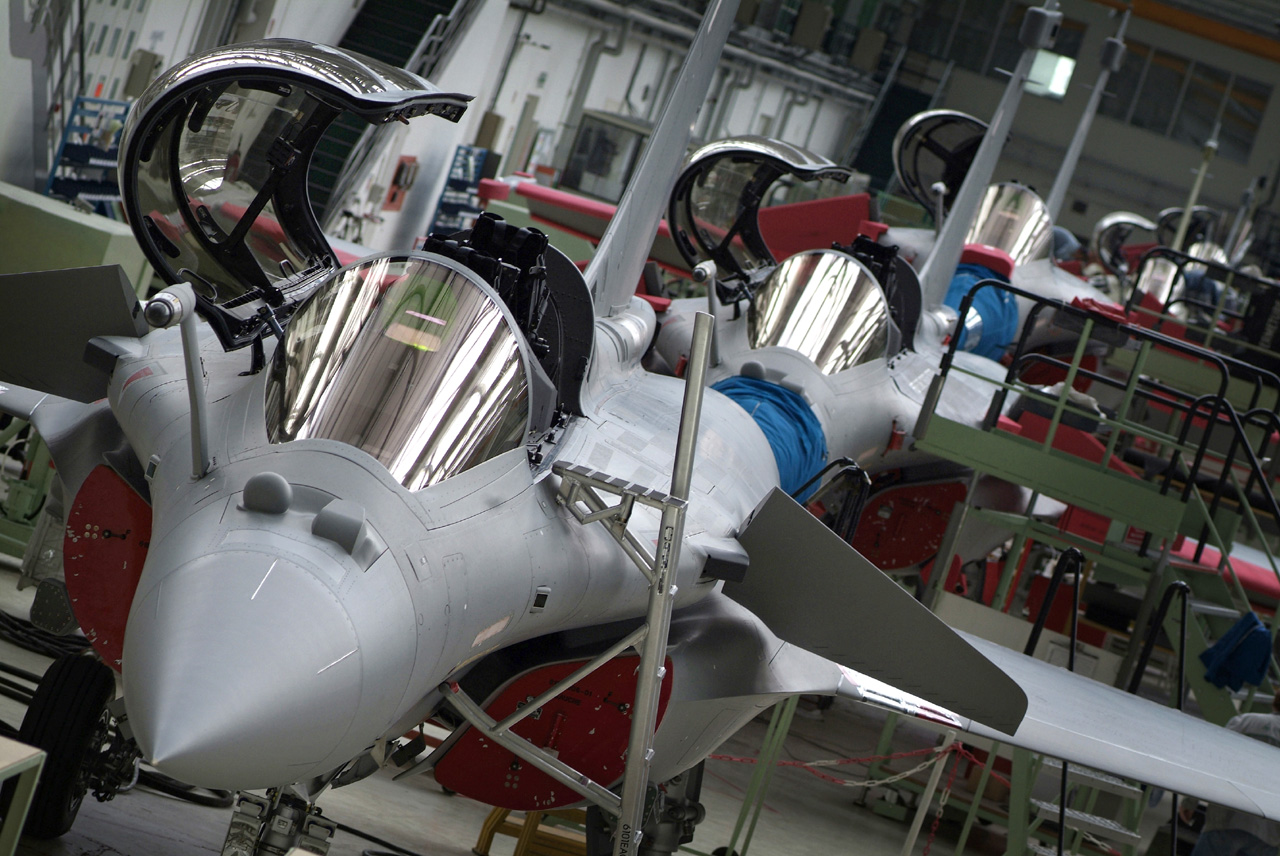 Moreover, analyst Deba Mohanty claims that the key failing was that India opened up its market before it had the political capacity to do so. In India’s attempt to emulate the Brazilian model, which can be termed “a collaborative approach to achieve self-reliance in defense production,” India’s progress has remained in an extremely nascent stage. In fact, unlike the sudden upsurge in economic activity at the beginning of Brazil’s policy shift, India experienced no effect in opening up its defense sector for the first five years, as regulatory mechanisms remained unadjusted and so could not facilitate the necessary production activities. The government’s prohibitory mechanisms quelled initial euphoria in the defense industry and served as a major hindrance to the efficiency of procurement operations. Thus, for a period of time even after policy caught up with practice inIndia, industrial barons remained frustrated after losing money in initial production due to all the regulations.

Slowly this is changing as India’s Ministry of Defense attempts to further refine its policy mechanisms in dealing with defense issues. For example, the nation’s Defense Procurement Bill has been refined and revised seven times in the past five years. An unprecedented number of modifications have been made and changes continue to be made in terms of defense offsets and amendments to the transfer of defense technology policies currently in practice. Taken together, it is clear that even though benefits of national policy will not be realized as quickly as India’s private sector tycoons may have hoped, or that India can rapidly build a big arms and military industrial complexes, there is renewed optimism in the nation that a kind of self-sufficient and relatively robust military industrial complex may be built in the next 10 years.

Kavita Bapat
Kavita Bapat is a South-Asian Security Analyst with the Atlantic Council of Canada. She holds a Bachelor’s of Public Affairs and Policy Management from Carlton University, where she specialized in International Studies. Kavita is now the Assistant to the Director of the Centre for South Asian Studies at the University of Toronto's Munk School of Global Affairs.

By: Kavita Bapat The advancements to the drug trade made by the Mexican Zeta cartel in Guatemala have turned the nation into more than just a way station for drugs travelling from Colombia to the US. Guatemala is increasingly becoming a storehouse and staging area for drugs awaiting safe passage into Mexico. Although military rule Read More…

Mullah Mohammad Omar-Wanted: Alive or Else

By: Kavita Bapat. Taliban leader Mullah Mohamad Omar was a recluse even before the fall of the Taliban government in late 2001. It is therefore no surprise that along with his comrades, he has eluded capture by western coalition forces in Afghanistan and Pakistan for the past 10 years. Richard Holbrooke, the late US envoy Read More…

Stuck in the Middle with You: Afghanistan, Pakistan and the Indian Nexus

By: Kavita Bapat On 4 October, India and Afghanistan signed a significant partnership pact agreeing to increase cooperation on counterterrorism efforts, the training of security forces, and boosting trade relations. Though the pact is a considerable step forward for the India-Afghanistan nexus, it has raised concerns of antagonizing Pakistan at a decisive juncture in the Read More…