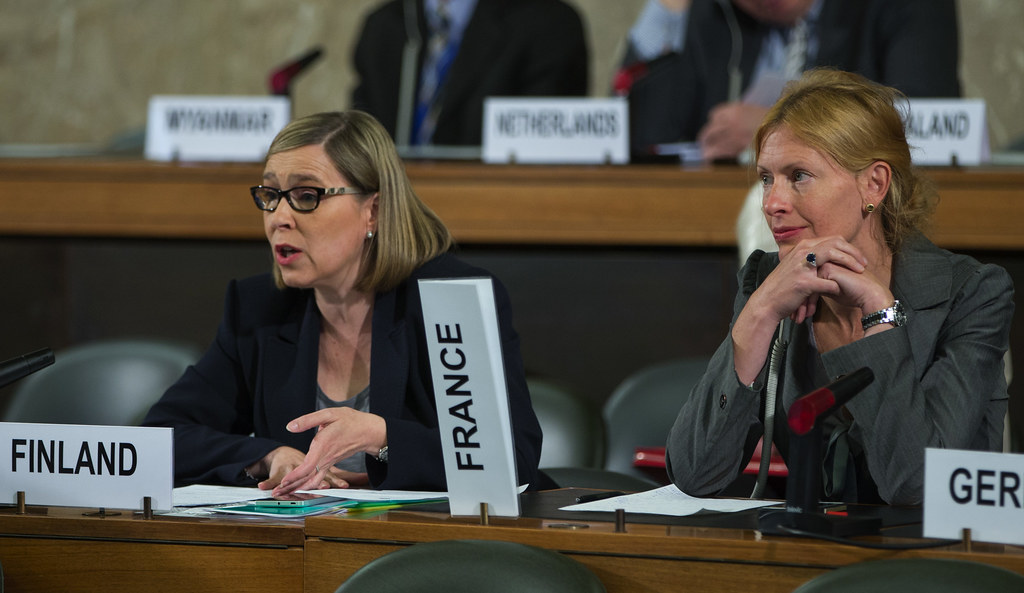 A recent example of action towards nuclear disarmament includes the global women’s Peace Movement spread across Europe, the US, Canada and Australia, comprised of women’s peace camps, modeled on the Greenham Common experience.  The Women’s International League for Peace and Freedom is an organization whose mandate seeks to redefine traditional security, which is characterized by military strength, in the goal of adjusting military spending to resolve other issues.

“Weapons in exchange for development” is a similar program, which advocates for disarmament at the community level. In Gramsch, Albania, this project has funded road construction, street lighting, radio and telephone systems, with over 6000 weapons collected in exchange.

The other tenet of disarmament includes policy-making; a strong representation of gendered policy advancement being the Security Council resolution 1325. In 2000, the UN Security Council, through Resolution 1325 (UNSCR 1325), urged Member States,“to ensure increased representation of women at all decision-making levels in national, regional and international institutions and mechanisms for the prevention, management, and resolution of conflict”. A specific measure taken for disarmament policy was included in the UN General Assembly (UNGA) resolution 68/33 on Women, Disarmament, Non-Proliferation and Arms Control, adopted on 5 December 2013. It encourages States to empower women, including through capacity building efforts, to participate in the design and implementation of disarmament, non-proliferation and arms control efforts.

The United Nations Office for Disarmament Affairs (UNODA) adopted a gendered policy perspective in its agenda in 2001. UNODA’s collaboration with the office of the Special Adviser on Gender Issues and the Advancement of Women resulted in the creation of “Gender perspectives on Disarmament” in 2010.

Canada’s 2017 defence policy includes gender-based analysis or GBA in its implementation, aligning with the Canadian government’s commitment to gender equality, inclusion and evidence-based policy development. The defence policy agenda oultines that “The Defence team convened a special roundtable discussion with gender and diversity experts and senior departmental officials to examine the key questions of the review through the lens of GBA+”.  The tenets of GBA in the defence policy include implementing this structure in the planning of military operations, ensuring that a career with the Forces is appealing to all regardless of gender, and making sure that diversity is practiced in the Recruitment, Training and Retention process.

The overall goal of this defence strategy is to create gender balance in the military by increasing the representation of women by one percent annually over the next 10 years, bringing the representation to 25% by 2026. Gender-based analysis also covers a broader range of resources related to women, including the need to eliminate harmful sexual behavior, as well as initiatives designed to help stabilize family life for Canadian Armed Forces members and their families.

The Canadian Armed Forces is working to advance the Women, Peace and Security agenda propagated by the United Nations Security council Resolution 1325. Canada’s defence policy’s inclusion of gender-based analysis supports women’s roles in defence and security on a global scale.