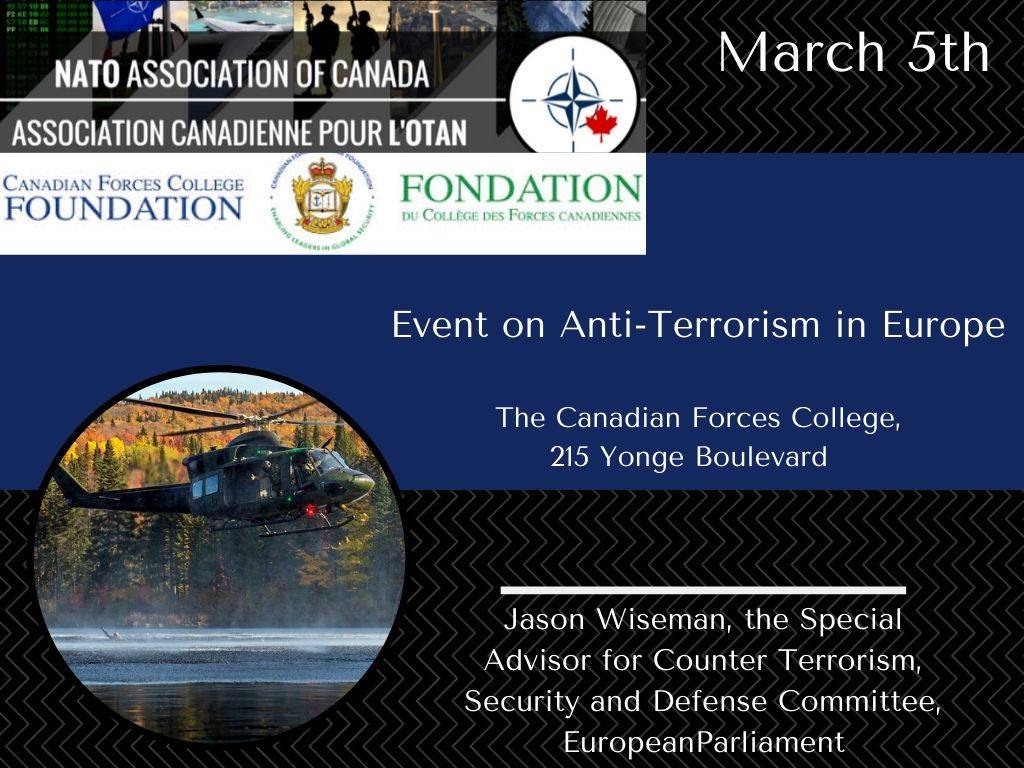 On Match 5th, 2020, the NATO Association of Canada and the Canadian Forces College Foundation hosted a discussion with Jason Wiseman, a previous NAOC intern, who is now the Special Advisor to the European Parliament on Anti-Terrorism.

Jason Wiseman: serves as a Special Advisor on Counter-Terrorism in the European Parliament. His primary responsibility is to advise senior Members of European Parliament to ensure effective policy making in the Committees on Foreign Affairs, Security and Defence and Terrorism. From 2015-2018 he served as Secretary General of the Atlantic Treaty Association in Brussels, Belgium. Working alongside ATA colleagues, NATO International Staff and a variety of political representatives and security personnel, Jason’s primary responsibilities included the development of NATO Advanced Training Courses and coordination of defence policies across various Ministries of Defence and Foreign Affairs in over 40 countries. From 2014-2015 Jason served as Assistant Secretary General of ATA, focusing on supporting NATO and international security agencies by building clusters of key experts throughout the Alliance in areas of hybrid warfare, counter-terrorism and defence procurement. He holds an MA in Government with a Specialization in Counter-Terrorism and Homeland Security and was inducted into the Forbes “Top 30 Under 30” for most influential policymakers in 2016.