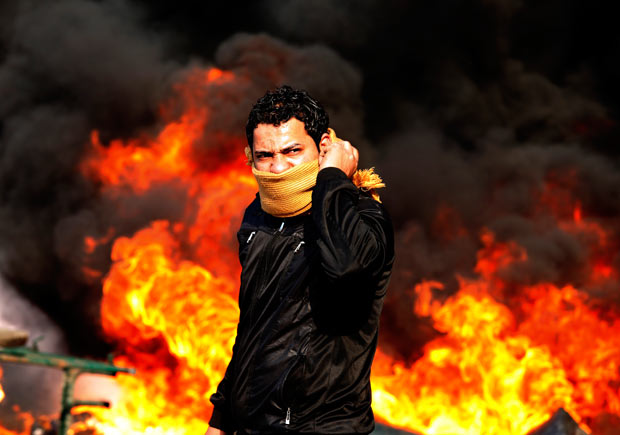 Given NATO’s linkages to Arab states through the Mediterranean Dialogue, the Alliance should actively support the transition to democracy in post-Arab Spring countries by utilizing its various resources in the realms of institutional creation, democracy promotion, and security sector reform.

NATO’s efforts to support the Arab Spring, particularly its operation in Libya, have brought the specter of democracy to millions of people. Tyrannical regimes have been replaced by governments, which have provided political space for their citizenries. That being said, NATO can and should do more to bolster democratic entrenchment in post-revolution countries.

NATO is one of a handful of organizations comprised of democratic countries with histories of responsible governance. Therefore, it is both wise and appropriate for NATO to provide these fledgling democracies with the tools to foster good governance and an educated civil society. These measures must take into consideration cultural and historical traditions not to mention the current political atmosphere of each country. Members should offer to send experts on constitutional and institutional development to post-Arab Spring states. In addition to their expertise, the presence of Western observers will put pressure on political kingmakers in each country to adopt, at minimum, a certain amount of viable reforms. A hands-off policy will not be beneficial to long lasting NATO-Arab partnerships nor to the prospect of democracy in each of these states. Small steps toward the protection of human rights are crucial to long-term structural changes, and will limit the ability of radical actors to infringe on the rights of others.

NGOs based in NATO countries should be invited to train local organizations in democracy promotion. Education is the key to fostering a populace that will keep governments accountable. Furthermore, it will result in a populace that votes based on concrete policy rather than hollow branding. This will help to usurp extremists and develop the structural basis for a robust civil society, thus allowing for the eventual adoption of democratic principles at the societal level and a polity that advocates for a free and open society. A pragmatic approach is needed, one that takes into account the recent raiding of NGO offices in Egypt under the pre-text that these organizations were an extension of Western covert operations. Thus, it would be wise to limit the amount of time spent by NGOs in these countries, as not to allow them to become the target of government crackdowns and conspiracy theories.

Although Libya is not a member of the Mediterranean Dialogue, NATO Secretary-General Rasmussen expressed a willingness to help this state transition to democracy while other officials expressed interest in Libya eventually joining the dialogue. To this end, Security Sector Reform (SSR) is a key initiative that should be adopted and aided by NATO member states given their long tradition of defence assistance and democracy promotion in post-Soviet countries. Secretary General Rasmussen highlighted the need for SSR in post-Arab Spring countries, stating, “the reform of the military and the security sector are key milestones.” Given the corrosive security atmosphere in Libya, SSR is the first step towards emboldening democracy in that state. Militias must be disarmed, combatants brought into state security services, and education and employment opportunities provided to former fighters. Without these policies taking shape, armed and unemployed young males, emboldened by cleavages manufactured by Gaddafi, will continue to provide a recipe for civil strife. Thus member countries must ensure that the future of post-revolutionary countries is secured by their respective armed forces.

Alexander Corbeil is a Research Analyst at The NATO Association of Canada focusing on the Middle East and North Africa. He holds a Master’s Degree in Political Science from the University of Toronto with a focus on conflict management, post-conflict resolution, and authoritarian regimes in the Middle East. Alexander has also studied conflict management in Arab-Israeli relations at The Hebrew University of Jerusalem in Israel. Recently, Alexander had the privilege to consult the top political echelons of NATO through the Your NATO, Your Ideas contest hosted by The Atlantic Community open think-tank. In addition, he has also lent his expertise to the Transitional Federal Government of Somalia regarding post-conflict constitutional and institutional development. Contact: alex.corbeil@atlantic-council.ca View all posts by Alexander_Corbeil →