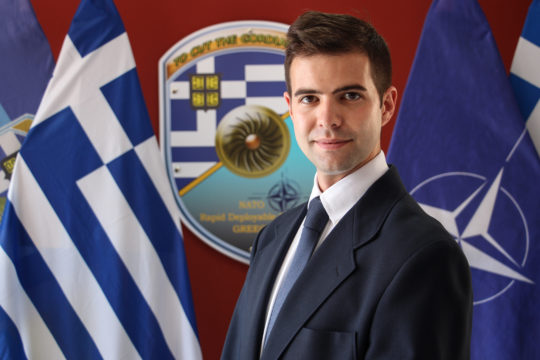 Hilton is a Defence and Security Fellow at GLOBSEC, an international think-tank based in Bratislava, Slovakia. He is a 2016 graduate of the Diplomatic Academy of Vienna and holds a Masters Degree in Advanced International Studies, as well as a 2013 foreign policy certificate from the Moscow State Institute of International Relations (MGIMO). Roger has previous experience as a Strategic Communications Analyst at the NATO Rapid Deployable Corps – Greece (NRDC – GR) and with the delegation of the Kingdom of Belgium at the Organization for Security and Co-operation in Europe (OSCE). In addition, he has worked at the Office of the State Minister of Georgia for European and Euro-Atlantic Integration in Tbilisi, as well as the Estonian Atlantic Treaty Association in Tallinn. Roger is also a member of the security working group within the Younger Generation Leaders Network (YGLN) and a fellow at the Canadian Global Affairs Institute (CGAI). He also co-hosts GLOBSEC’s Instagram Live show “For Chat’s Sake!”. To date he has visited half of the former Soviet Republics including the breakaway region of Transnistria as well the Chernobyl Nuclear Power Plant.  Additionally, he has received briefings from Operation UNIFIER in Yavoriv, western Ukraine and at the Black Tiger Military Base in Kurdistan, Iraq.