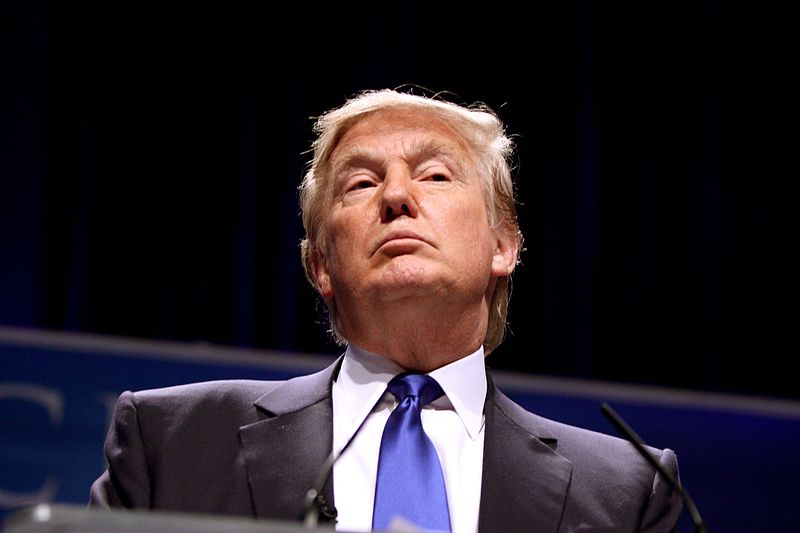 In part two of this two-part series, Erin Loney discusses the implications of President Trump’s controversial relations with the American news media. Read part one here.

President Trump is not wrong that media bias exists in mainstream news. Bias is almost always present in the selection and coverage of events by certain media outlets. Bias in reporting most commonly stems from individual journalists or from outlet owners. Rupert Murdoch, the owner and executive co-chairman of the parent company of Fox News, The Wall Street Journal, and The Sun, has been criticized for exerting his own Libertarian views over his media outlets. Fox News is particularly influential in conservative circles in the United States. Pew Research Center reports that nearly half of conservatives cite the media outlet, which Trump has also admitted is his favourite news source. Meanwhile, consistent liberals volunteer a number of different sources for political news, showing a wider variety of political influences.

Studies have shown that the mainstream media tends to lean left, and the majority of journalists identify as liberal. Well known liberal-leaning sources not surprisingly include some of Trump’s least favourites, like ABC, CBS, CNN and the New York Times, while media outlets that display a conservative bias tend to receive favourable consideration from Trump’s administration. Many have also expressed concern that Trump’s Chief Strategist is Steve Bannon, former executive chair of Breitbart news, a right-wing news site which Bannon himself proclaimed the voice of the “alt-right”, a term coined by notorious white supremacist, Richard Spencer to describe white nationalism.

In January 2017, a Breitbart reporter was given the only reserved seat in the front row, at Trump’s first news conference in five months. Trump also came to the defence of former Breitbart reporter, Milo Yiannopoulos, after he was forced to cancel an appearance at the University of California at Berkeley following protests over his talking points that have been compared to hate speech. Trump tweeted, ““If UC Berkeley does not allow free speech and practises violence on innocent people with a different point of view – NO FEDERAL FUNDS?.” This apparent favouritism along with Trump’s previous comments elicited a statement from Rob Mahoney, deputy executive director of the Committee to Protect Journalists (CPJ), a nonprofit that promotes global freedom of press, who said that “attempts to favour conservative press outlets and declare the mainstream media the enemy of the American people” looks like an effort by the White House to “inoculate itself from criticism.” He added that, “Any time the press now uncovers any scandal or wrongdoing the administration can dismiss it as false”. Trump appears to be exhibiting confirmation bias: a tendency to search out information that confirms pre-existing opinions and beliefs, and to deny information that counters or even disproves those beliefs.

Free press is the backbone of democracy because it enables the free flow of information, multiple perspectives and informed decisions. Without free press and a variety of sources of information with their individual narratives (biases included), people would be unable to knowledgeably participate in politics and government. U.S. Senator John McCain, has expressed his concern that suppressing free press is “how dictators get started”, which is historically accurate, though as it stands, constitutionally impossible in the United States. In 1946 the United Nations General Assembly to label freedom of expression a fundamental human right. Freedom of press leads to freedom of expression, which is fundamental for the right to vote, the right to engage politically, and the right to seek out varied information.

As a world leader, it is imperative that the United States maintain a free press. Rob Mahoney has noted that Trump’s war on media does not “help our work trying to deal with countries like Turkey, Ethiopia or Venezuela, where you have governments who want… to silence and intimidate the press.” Trump’s actions could “send a signal to other countries that it is OK to verbally abuse journalists and undermine their credibility.” The CPJ, which usually focuses its efforts towards press rights under despotic regimes has become alarmed enough to issue a statement regarding Trump’s actions: “It is not the job of political leaders to determine how journalists should conduct their work, and sets a terrible example for the rest of the world… The U.S. should be promoting press freedom and access to information.”

And barring press from the White House briefing appears to have been the last straw in tensions between the media and the Trump administration. CNN anchor Jake Tapper noted that, “This White House doesn’t seem to value a free press. There’s a word for this. The word is ‘un-American’”, while Dean Baquet stated that, “Free media access to a transparent government is obviously of crucial national interest.” Perhaps senior advisor Stephen Miller best summed up the sentiments of the Trump administration In a recent interview with Face the Nation, when he said that, “the powers of the president to protect our country are very substantial and will not be questioned”, a comment some are describing as disturbingly authoritarian.

In a democratic society, more than one narrative should be allowed to exist. Media bias will never go away, which is why it is the responsibility of the individual to do research, check sources, and actively listen to the opposition, rather than succumb to confirmation bias by doubling down on pre-existing beliefs and to seek out only affirming information, whether on the right or the left.

Photo: Donald Trump speaking at CPAC (2011), by Gage Skidmore via Wikimedia Commons. Licensed under CC BY 2.0.