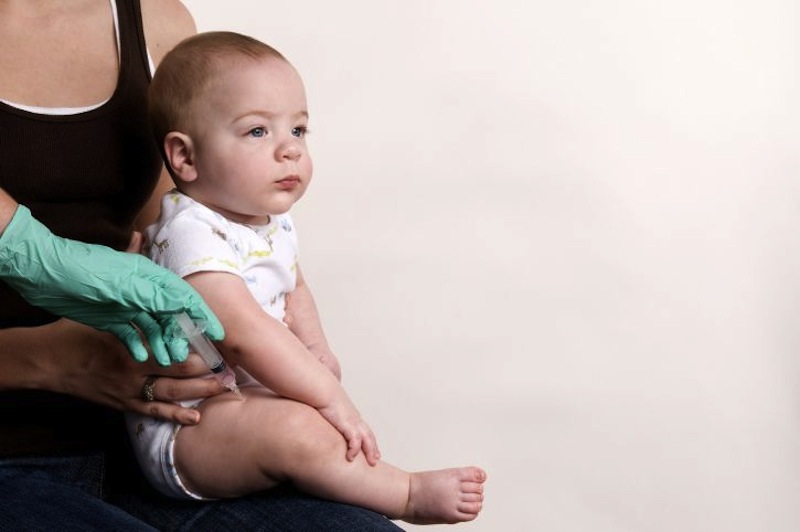 Trump has long expressed his support for the anti-vaccination movement. At a Republican presidential debate in September, 2015, he announced that he believes vaccines and autism are linked: “We had so many instances, people that work for me, just the other day, 2 years old, a beautiful child, went to have the vaccine and came back and a week later got a tremendous fever, got very, very sick, now is autistic.” Ben Carson, a retired neurosurgeon also taking part in the debate shot back: “The fact of the matter is we have extremely well-documented proof that there’s no autism associated with vaccinations.”

Earlier, in March, 2014, Trump tweeted, “Healthy young child goes to doctor, gets pumped with massive shot of many vaccines, doesn’t feel good and changes – AUTISM. Many such cases!” According to Trump, the solution to this problem is a change in the immunization schedule to “smaller doses over a longer period of time” (2015). A 2013 report by the Institute of Medicine concluded that the United States childhood-immunization schedule is correct as-is and poses few risks to children. Delaying vaccines or lowering the doses prolongs periods of susceptibility to deadly diseases and leaves vulnerable populations at risk.

During the presidential campaign, Trump met with anti-vaccine activists including the discredited author of the aforementioned article from The Lancet, Andrew Wakefield. It appears that Trump has chosen Wakefield and Kennedy to educate him on vaccines; frightening choices considering their histories. In 2005, Robert F. Kennedy Jr. published an article titled “Deadly Immunity” about how “government health agencies colluded with Big Pharma to hide the risks of thimerosal”, the preservative that has not been used in vaccines (barring the flu shot) since 2001. Kennedy’s article was largely based on Wakefield’s retracted study, and has since been discredited. Undeterred, Kennedy stated in 2015, “They (children) get the shot. That night they have a fever of 103. They go to sleep, and three months later their brain is gone… This is a holocaust, what this is doing to our country.”

According to Kennedy, he will be chairing a “commission on vaccine safety and scientific integrity” at the behest of President-elect Trump, despite his evident lack of qualifications. A Trump transition spokeswoman clarified that no final decision has been made, despite Kennedy’s claims, but that “The President-elect is exploring the possibility of forming a commission on autism, which affects so many families”. According to Kennedy, “We ought to be debating the science”, but many qualified individuals have already come forward to say that the science is clear: there is no link between vaccines and autism.

If Donald Trump politicizes vaccines, it could undermine the integrity of immunizations in the eyes of the population, and severely impact vaccination rates. Trump’s actions could indirectly dissuade parents from immunizing their children, risking herd immunity, and resulting in serious and significant outbreaks of preventable and deadly diseases. Also worth mentioning is the effect that this move could have on the autistic community. Trump’s actions paint the autistic as suffering; people to be feared, pitied and ashamed of, while they deserve support and understanding.

A proponent of the supposed link between vaccines and autism now has the ear and support of the president of a population of around 319 million. Trump is bringing the vaccine debate back into the limelight, and is showing dangerous support for the debunked conspiracy theory surrounding immunization. He has shown questionable judgment by supposedly tapping a known anti-vaccine activist as potential head of vaccine safety and scientific integrity.