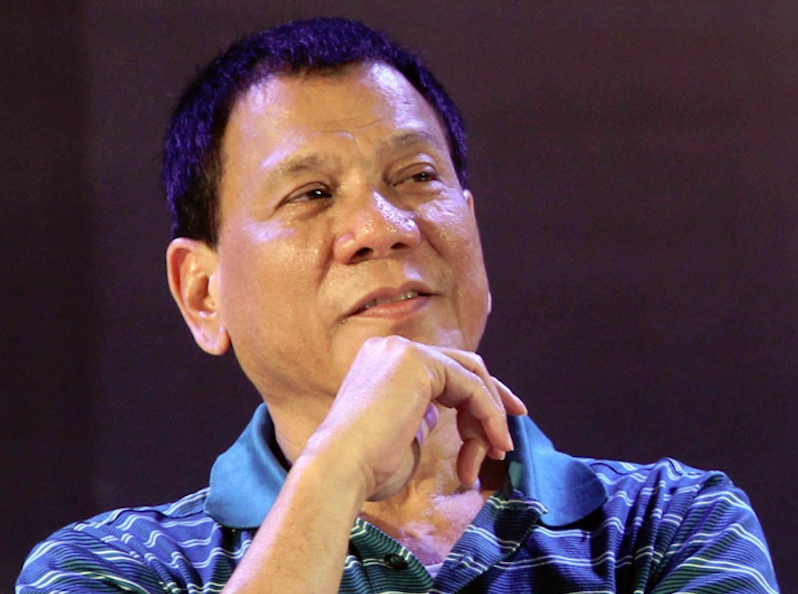 Family planning services and programs are critical for reducing poverty, controlling population and promoting health education, and are widely accepted as having significant social, financial, and economic benefits. President of the Philippines Rodrigo Duterte signed an executive order on Monday, January 9 (announced Wednesday) directing government agencies to provide contraception to 6 million poor Filipino women who do not currently have access to birth control.

Duterte won the Filipino presidential election in May, 2016 with 38.5% of the votes, and serves as the Chairman of the Association of Southeast Asian Nations for 2017. Despite his landslide election win, he has been a contentious and provocative figure in world politics. His presidential campaign was built largely on a pledge to defeat crime by killing thousands of criminals. He has expressed his support for the extrajudicial killing of drug users, encourages ordinary citizens to execute suspected criminals, and has told the Filipino people, “If you know of any addicts, go ahead and kill them yourself”. He has also said that 100,000 people would die during his embargo on drugs, which has already left an estimated 6,000 dead.

Duterte is notoriously crass, regularly using profanity during official addresses, and faced significant backlash after joking about wanting to rape a “beautiful” Australian missionary who was sexually assaulted and killed by inmates in a 1989 jail riot. After facing criticism from United Nations human rights experts, he threatened to withdraw the Phillippines from the international committee, and subsequently vowed to pursue an “independent foreign policy” to circumvent influence from foreign governments.

Nevertheless, his modern birth control campaign has come as a surprise to many. According to a 2010 census, roughly 80% of the country’s population is Roman Catholic, and the government and Catholic Church have struggled over contraception policy and family planning for years. In 2000, the devout Catholic mayor of Manila established a 10-year ban on birth control distribution in public health centres throughout the city. In 2015, the Supreme Court issued a restraining order for the distribution of contraceptive implants after religious and anti-abortion groups debated the law in court.

Archbishop Socrates B. Villegas of the Roman Catholic Church of the Philippines has publicly urged couples to “shun the ways of selfishness” and escape the “mutual self-degradation” of birth control. The Philippines also has one of the world’s strictest anti-abortion laws, and U.S. aid programs for family-planning services were discontinued in 2008.

Duterte himself has a rocky relationship with the Church. He has called it “the most hypocritical institution”, accusing it of keeping the public “in total ignorance” about responsible family planning, and of intimidating and frightening Catholics into obedience. On the matter of his own religion, Duterte has said, “I am a Christian, but I am a realist and we have to do something about our population.” It is highly expected that his new order will face strong resistance from the Church.

The majority-Catholic Filipino population currently sits at around 102 million, a number that has increased by 10 million in the past 6 years. The annual Filipino birthrate is higher than those of China, Japan, Thailand, Malaysia, Indonesia, and Cambodia, and more than half of all pregnancies in the country are unintended. Duterte has long expressed his desire to lower the birthrate, beginning during his tenure as mayor of Davao, when he offered financial incentives to men willing to undergo sterilization. He has also expressed his beliefs that families should have no more than three children, stating that he “will reinstall the program for family planning. Three’s enough.”

Duterte’s aim is to make sure that the poor populations of the Philippines can provide for their children so that they may be “more productive members of the labour force”, and to address the problem of teenage pregnancy. He recognizes the rights of Filipinos to make their own, responsible reproductive decisions, and his views towards sexuality are especially open-minded for the Philippines. He has spoken positively of the LGBT community and same-sex marriage, saying that, “It’s good, everyone deserves to be happy.”

Contraceptives have long been available to the upper classes, but are too expensive for the poor, those most typically uneducated and in need of family planning options. Women’s rights groups have praised Duterte’s vow to boost the reproductive health law that gave Filipino women access to affordable contraceptives for the first time in 2014, and to restart the government’s family planning programme, which currently runs on a miniscule budget according to the health department’s Commission on Population.

Government support is necessary for an increase in funds, which Duterte wishes to put towards not only access to contraception, but also comprehensive sexuality education in school curricula, health insurance benefit packages for women, and education campaigns including house-to-house visits to identify those in need of family planning. The executive order appeals to government offices to “engage, collaborate and partner” with organizations and the private sector to obtain the necessary resources. Duterte aims to ensure that, by 2018, all poor Filipino households will have “zero unmet need for modern family planning”. In order to assess the productivity of the order, Duterte is mandating a 6-month report on progress.

Photo: Davao City Vice Mayor Rodrigo Duterte conversing with President Benigno S. Aquino III during the Meeting with Local Leaders and the Community at the Rizal Park in San Pedro Street, Davao City (2013), by Ryan Lim via Wikimedia Commons. Licensed under CC BY 2.0.