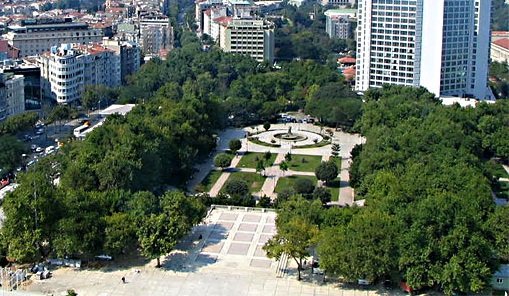 Assume we can put the Turkish Prime Minister’s social repression, threats, violence against the citizenry, and overwhelming press suppression and control aside. Then, consider what his primary economic goal has been throughout his term: to establish Turkey as the emerging market to enter. Before the protests, he was well on his way to achieving this global perception. He pitched the benefits of Turkish business sectors abroad (particularly energy and mining), improved relations with the West through increased interaction, and enacted economic policies through the theoretically independent Turkish Central Bank that attracted foreign and mainly Western investors. Why is he jeopardizing the country’s economic success over a park?

A Brief Economic Profile: Before the protests

The Turkish economy rebounded strongly from the global economic downturn, reporting growth averaging 9% in 2010-2011. However, this fast recovery created serious macroeconomic imbalances. The most salient of these is its current account deficit, which varies from 6% to an alarming 10% of GDP. A country’s current account measures the difference in value of imports and that of exports; factor income (dividends earned from foreign investments minus dividends paid to foreign investors); and unilateral cash transfers (mostly remittances).  A current account deficit most likely means there is a Balance of Trade (BOT) deficit, where the country imports more than it exports.

In the case of Turkey, more than 20% of the deficit has been offset by foreign direct investment (FDI). For the rest, the government depends heavily on short-term portfolio flows that complement FDI in balancing the current account.  The dependence on both makes Turkey vulnerable to external shocks and foreign opinion, and quite committed to attracting investors.

In order to maximize the incentive to invest, Turkey keeps on cutting benchmark interest rates. Low interest rates are Prime Minister Erdogan’s primary economic policy to bolster growth, but it has significant drawbacks. Through the cuts, he wanted to boost investment and halt the Lira appreciation that threatened to stunt it. A currency’s appreciation, however, is a natural side effect of economic growth. Taking steps to depreciate it inevitably leads to inflation. Turkey faces a 10% inflation rate (Canada’s increased to 0.7%) on consumer goods, a brilliant improvement from 30% in 2004, but which still has significant effects on quality of life as people struggle to deal with higher prices, higher unemployment, and static wages. At the same time, economic growth for 2013 is at a modest 3% for the first quarter and cannot justify the inflation rate.

Some may have expected Turkey to rein in its monetary policy in order to tackle inflation, but Erdogan had different plans. He opted for pressuring the Turkish Central Bank to maintain the low interest rates that allow investment to be high and the Lira to be low.

Despite these issues, Turkey was an exemplary emerging market. It towered over Brazil and Russia in terms of growth, its public debt had decreased to a reasonable 36% of GDP (far better than the Eurozone and most Asian economies).  Additionally, it was working hard to implement a shift to nuclear energy that would substantially decrease their exorbitant energy imports and, hence, its current account deficit.

In the face of the protests:

On May 22nd, the Turkish Ambassador to Canada, H.E. Tuncay Babali, highlighted the impressive growth numbers and the promising prospects that Turkey offered to investors at the ‘Sustainable Mining in Turkey’ event organized by the NATO Council of Canada. By June 2nd, the Turks faced collapsing stock markets, a plunging currency that made the hated appreciation look ideal and the biggest civil uprising in the history of the republic.

The Turkish Lira continues to depreciate against the USD.

Erdogan’s hard line regarding the protests, the violence of the police, and refusal to recognize the valid concerns of his citizenry as evidenced by his first speech sparked a barrage of mainly Western criticism. Condemnation of his practices came hand in hand with decreased confidence in internal stability. As the protests continued and the Prime Minister’s speeches devolved into threats, the stock market experienced its biggest drop in a decade, interest on government bonds shot up as much as two percent over a few weeks and the Lira depreciated to an all-time low against the dollar, forcing the Turkish Central Bank to intervene. By June 12, the Central bank had to auction over $250 million to Turkish banks to contain the fall of the Lira.

These are relatively immediate effects of the protests and lack of foreign confidence in the Turkish market, but the economy will take long-term and more durable hits, mainly in terms of macroeconomic variables. With decreased confidence in overall stability, underperforming stock markets and a Lira that’s decreasing in value, the investment inflow that Turkey needs to balance its current account deficit is not going to be present. The incentive that the low interest rates provide will be insufficient to attract FDI when stacked up against the perceived risk. Given that the growth rate has already slowed from 8.5% to about 2.2%, Turkey can ill afford to lose investors.

Prime Minister Erdogan has a healthy amount of support, even after his controversial responses to the prolonged unrest still happening in major cities. Maybe appeasing protestors is not at the top of his political agenda, but it should become a top economic priority. He should strive to implement a peaceful and reasonable solution to the protests, if only in the interest of economic stability.  Consider the significant rise of the financial markets following Erdogan’s meeting with Taksim solidarity, a main group behind the protests. If a largely symbolic conciliatory move can help markets improve, a real resolution might give Turkish investment the boost it needs to recover.

The Prime Minister has accused other countries, international media and market analysts of trying to undermine the economy, and forming interest rate lobbies that would stunt growth.  He should focus instead on the fact that his own responses undermine confidence and create the economic distress that Turkey is experiencing.