The Obama administration announced it will cut Bangladesh’s access to the Generalized System of Preferences  (GSP) trade system in response to the South Asian country’s poor working conditions. Created in 1974 to help developing countries to industrialize, the GSP makes it easier to export to the US by providing duty-free access for goods. Yet, progress on worker’s conditions is unlikely unless the Obama administration re-thinks its approach. 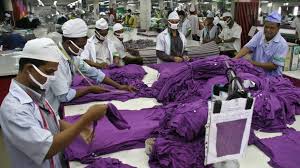 Workplace conditions in some of Bangladesh’s ready-made garment factories are shocking.  After the Rana Plaza disaster earlier this year, Pope Francis labeled them akin to ‘slave labour.’ Last month a suspected poisoning hospitalized close to 600 workers after they drank water from their factory’s private supply. Factory fires are all-too-common and worker’s injuries from blazes can prevent them from earning a living for years.

Governments wanting to improve the lives of workers in Bangladesh have two approaches available to them. They can use trade incentives to encourage improvements in worker conditions, or they can threaten the country’s exports until they see improvements. The US has chosen to play hardball and suspend the GSP.

Yet hardball, in this case, is more like an under-hand pitch. Although Bangladesh’s economy depends on the ready-made garment industry, the US-Bangladesh GSP relationship excludes clothing exports. In fact, less than one percent of all exports to the US from the country are covered by the GSP.  That’s not to say the loss of GSP access will not impact Bangladesh’s reputation or have knock-on effects in the long-term, but it’s unlikely to be a direct hit to the South Asian country’s economy. It is largely a symbolic move.

Even if the US move proved effective, there’s no guarantee it would change conditions for workers. Organizations campaigning to end child labour in Bangladesh found their efforts to eradicate the practice only pushed children out of the garment industry into more dangerous work. In the same way, not buying garment products from Bangladesh will make unemployed workers more desperate to earn a living.

There is potential for a fastball to be thrown Bangladesh’s way if the US decision impacts EU trade policies. Bangladesh’s garment sector currently enjoys excellent import duties under the ‘Everything but Arms’ initiative. Although any decision would likely take months to move through Brussels’ channels, at the moment the European Commission has shown no desire to re-impose tariffs on Bangladeshi imports. In a country where the vast majority of exports are garment products, that is very good news.

While the EU has given just about all it can in terms of trade concessions, the US still has the access to grant. It can hold this up as an incentive for reform. A duty-free pass to the American economy could greatly increase export revenues to Bangladesh, boosting the investment potential of Bangladeshi businesses and their economy. Presently, 91% of exports to the US from Bangladesh are garment products. Duty-free access could increase that number. It’s an attractive proposal for Bangladesh’s government, providing economic development in an industry closely tied to politicians and their parties.

Better access to markets alone does not guarantee workers higher wages or improved working conditions.  However, a comprehensive approach would encourage Bangladesh’s nascent unions by pushing the government to further reform collective bargaining laws. Steps were made in this direction after the Rana plaza collapse, but there is still a distance to go before workers’ rights can be secured.

Some might argue sanctions are the best way to force governments to reform and incentives only encourage undesirable policy. In a failed case of incentive policy, North Korea has repeatedly promised reforms in exchange for aid and refused to follow through once assistance was given. Yet such arguments forget that while sanctions are highly symbolic, they have a poor record on policy change. There are always ‘sanctions busters’ and trade restrictions can hurt the people they are trying to help. Furthermore Bangladesh is far from a rogue state, it’s a democracy and the largest contributor to UN peacekeeping operations.

It is highly likely the US State Department has considered these same arguments. So why suspend the GSP for Bangladesh? For one, they may want to be seen as taking a stand for worker’s rights in the developing world. They could be motivated by pressure to appease domestic labour organizations, which  Bloomberg has speculated are interested in slowing down a free-trade agenda. Or, it could be a strategic move to save their trump card – preferential access to the US market – thereby upping the pressure on Bangladeshi politicians to reform.

Suspending GSP access will not improve the conditions of workers in garment factories or ruin the Bangladeshi economy. Reducing trade access in a more meaningful way will not work either. However, offering trade incentives will push both businesses and the Bangladesh government towards reforming their labour laws, and hence is the better strategy to tackle the poor labour conditions.